The Supreme Court will weigh in on a monumental case involving a high school coach and his quest for religious freedom.

It is a legal battle that has reached the U.S Supreme Court and one that will possibly change how we view the relationship between government and religion. The battle, which has been going on since 2015, involves a former high school football coach and whether he had the right to kneel and pray on the 50-yard line at the end of each game. The high school coach was fired for his actions.

When high school coach Joseph Kennedy started his post-game ritual, he says it was to connect with the young men playing the game and also connect with God. His post-game prayer was brief and unassuming. “I’d take a knee and thank God for what the guys just did and the opportunity to be a coach,” Kennedy explained to ESPN. He added, “I wanted to hang out with my players and develop these young men.”

So, what began as something innocent began to take a life on its own, though many in the football community weren’t even aware it was prayer that the high school coach was conducting. “We always saw players and coaches gather on the field in what looked to us like an effort to rally their spirits,” said parent Paul Peterson. His son, Aaron Bryce, played football for Kennedy at Bremerton High in 2010. “I thought they were either celebrating victory, or maybe licking their wounds. And that’s all we thought was going on.”

The high school coach remembers being asked to coach the team. He was a 20-year military veteran who returned to his hometown of Bremerton two years prior. He was leery to take the position offered to him by the school’s athletic director because he had never played the sport. But it was a sign from God that moved him into the coaching ranks.

He was in the process of considering the coaching offer when he rolled up on a movie called Facing the Giants. It was a Christian football movie about a down-on-their-luck football team that becomes a championship team after the head coach decides to give praise to the Lord on the football field. Kennedy recalls the deep feelings that overcame him after seeing the film. “I was crying my eyes out,” he said. “It was a clear sign that God was calling me to coach. I had never experienced that kind of effect in my entire life. I said, ‘I’m all in, God. I will give you the glory after every game right there on the 50 where we fought our battles.'”

So, the ritual began. For the longest time, no one made a negative peep, not even the school’s athletic director. It took a few games, but suddenly football players began asking if they could join in the ritual with their high school coach. “I told them, ‘It’s a free country; this is America, you can do whatever you want,'” Kennedy said.

They joined in. Suddenly, players from opposing teams joined in. According to school officials, the prayer turned into something more. On top of a prayer, Kennedy would also include an inspirational speech. But Kennedy says it was all done in short order because he isn’t a “great prayer or preacher.” He explained, “It was really a simple thing. I’d say, ‘God, thank you for these guys and the opportunity to coach them.'”

In 2015, things changed. It wasn’t even a complaint that got the ball rolling against the high school coach, but a compliment. According to legal documents, Kennedy asked the opposing coach if he would like to join in on their postgame prayer. The documents even claim the opposing high school coach approved of the prayer. But Bremerton school officials didn’t see it that way.

The athletic director made no bones about telling the high school coach that he was not to continue his prayer ritual. From that meeting, Kennedy thought he had been fired. He wrote on Facebook, “I think I just might have been fired for praying.” He hadn’t been. What it did though was shine a national spotlight on Kennedy and Bremerton officials.

After the warning by the athletic director, the high school coach got a formal letter from school officials informing him of school district policy surrounding religious expression. It stated that school employees were to remain neutral, meaning they couldn’t encourage or discourage students, even indirectly, from participating in any sort of religious activity whatsoever. School officials say the rules were set in place so employees would adhere to the district’s constitutional responsibility. 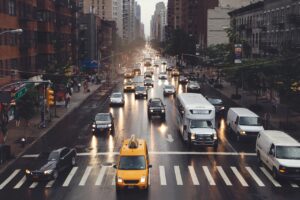 The letter to the high school coach stated exactly how he was to comply with the policy. The letter then gave Kennedy an out. They told him that if he wanted to continue his postgame ritual, they were not going to stop him. He could do it, but he would have to do it away from students, coaches, and parents, and in a way that would not draw attention. Kennedy even claims that school officials were going to accommodate him even more by allowing him to pray in the press box after the game.

Kennedy decided to quit cold turkey. He didn’t pray after one game, instead choosing to leave the field, go to the parking lot, and drive his car toward his home. The high school coach didn’t make it far. Kennedy said he had tears in his eyes when he flipped his car around, returned to the empty stadium, and knelt at the 50-yard line to give his thanks to God.

Kennedy knew he was in for a fight, so he hired a lawyer. He felt his postgame ritual was something he needed to do. His lawyer sent a letter to the school officials telling them of the high school coaches’ decision. Kennedy even conducted a series of radio interviews to get his point across.

“I fought and defended the Constitution, and the thought of leaving the field of battle where the guys just played and having to go and hide my faith because it was uncomfortable to somebody — that’s just not America,” Kennedy told NPR. The high school coach was not going to quit. And then came the homecoming game.

Bremerton High School’s principal called the lead-up to the game “a zoo.” According to the principal, the attendance doubled, and five television stations showed up to catch the action, but more wanted to see what would happen after the game. There was even a Satanic group who tried to get onto the field so they could perform their own prayers.

When the game ended, a huge crowd mobbed the field, wanting to get down there to kneel with Kennedy on the 50-yard line. The extra security was no match for the crowd who, in their exuberance, knocked over band members and cheerleaders. It was a complete mess, but Kennedy got in his prayer.

Although the school district tried to say the right thing, wishing they could accommodate Kennedy and his private religious expressions, ultimately, they didn’t. Two weeks later, the school superintendent placed Kennedy on paid administrative leave. The superintendent felt the high school coach’s continuing failure to go by school policy was reason enough.

Kennedy was not asked to come back to coach nor did the high school coach apply to come back to the school. In the seven years since he last coached at Bremerton High School, he has had Republican Ted Cruz back him up. He also had former President Donald Trump speak on his behalf. He has even had a number of professional athletes come to his defense.

There are others, though, who don’t agree with Kennedy. They see what he did as a form of coercion. “It’s deeply wrong for any coach to put high school students in the position of turning their backs on the team family if they don’t want to join the coach’s very public prayers on the 50-yard line after games,” said Chris Kluwe, a retired NFL punter, via the Star Tribune. Kluwe is also a high school football coach.

Kennedy has gone to court before on this matter. He’s lost. But he isn’t afraid to take his argument to the highest level, one that may possibly end up in his favor. What could help is the fact that the Supreme Court has a conservative majority of 6-3. In recent years, they have leaned more toward religious freedom.

The high school coach is not asking for monetary damages. He wants one thing and one thing only. He wants his head coaching job back. Although he lives in Pensacola, Florida to care for his ill father-in-law, he does have family still in Bremerton. But he says, if the Supreme Court smiles on him, then he will head back to Bremerton “as soon as a plane could take me there.”