As we move well into year two of the COVID pandemic, life is finally showing signs of a return to normal. Businesses are reopening and people are going back to work. Still, not all is copacetic. Although schools are also on the rebound, with reopening’s across the country, what many preschool teachers are experiencing is something they have not seen before – the difficulty the young ones are having adapting to structure post-pandemic.

The troubles early childhood educators are seeing with young children don’t reside solely with preschoolers. Many kindergarten teachers are seeing much of the same issues preschool teachers are having. The struggles are many and the finger-pointing leads back to what these young children have had to deal with during the pandemic – wearing masks, distance learning, and the fact that their social interaction with other children was very limited.

Some of the issues preschool and kindergarten teachers are seeing with our young children are behavioral issues and emotional resilience. But because of the mask-wearing, other large issues now being seen are kids developing motor skills and language learning. Preschool teachers on the front lines say the damage the pandemic has wrought upon our youth may take years to get over.

“Students are having extreme difficulty with the structure of the school day: following directions, sitting in their seat for hours, working independently, being quiet, and even sharing space with other students,” said Vanessa Brancato to the New York Post. Brancato is a preschool teacher in Queens, New York. Her students range in ages from 3 to 5 years old.

Instead of being able to focus on their learning, these young students prefer to doodle in their notebooks while Brancato is teaching. They are also very aggressive when wanting a snack. She says the kids prefer talking to friends while she is teaching. The preschool teachers say the kids’ attitudes are confined to just the classroom, though they are having a horrible time with reading and writing. Brancato says the kids often throw tantrums on the playground when she tells them recess is over. According to Brancato, what she sees is that the kids have a real tough time working together and have no desire to wait their turn when it comes to conversations. She claims their attention span is extremely short and blames this on the fact that during the pandemic, they probably got used to the instant gratification an iPad would bring.

Preschool teachers aren’t alone in their plight. Maggie Sosa is a kindergarten teacher at P723X in The Bronx, and she is in full agreement with Brancato, saying the pandemic caused enormous loss to these young children. Sosa says she has never seen kids so aggressive as she has seen since returning to school and mainly it is among the boys that she sees these issues.

“They’ve been so confined to the house — and not exposed to the standards of society,” the preschool teacher explains. It has been so bad that Sosa has had to alter her teaching by adding a period of teaching kindness to her class. Sosa explained that last school year was a blend of at-home learning with coming into class 2 days a week. While it didn’t help much with the learning aspect, what it really hindered was the social aspect the kids were not receiving. Sosa says her students are still working on the basic skills her students should have already mastered. “These kids are having such a difficult time regulating their emotions because a lot of them have been in the house way too much. When you’re home, you’re comfortable, but it’s bleeding into the classrooms. We’re spending our days putting out emotional fires.”

But lack of emotional restraint is just part of the problem. One preschool teacher who teaches in an Upper West Side school says the main culprit is the masks, even though she says she is a mask-wearing advocate. “As much as I’m an advocate for mask-wearing, there are still downfalls when it comes to learning and development,” she said. What many have agreed upon is that the masks got in the way as the young children were learning to speak. They couldn’t see the preschool teachers forming words, so they were unable to mimic them.

Now, though, as mask-wearing has become optional, this preschool teacher is starting to notice the trouble the young kids are having. She also says her speech evaluation recommendations have gone way up. Typically, it’d be one child at most during a school year, but now she says that numbers have easily jumped to two and three children.

It isn’t only preschool or kindergarten teachers that are having to adjust. Jenna Fanelli is an occupational therapist who has seen her services called upon much more frequently since schools have reopened. “A lot of kids don’t know how to self-regulate their bodies [yet],” Fanelli explained. “Now that they’re with 11 other children or more, they’re learning how to regain composure after an emotional upset.”

School closures, mask mandates, and lack of socialization. The damage has been done. The proof is seen by preschool and kindergarten teachers. They are doing their best to rein in the young ones who have, so far, paid a heavy price for the pandemic. 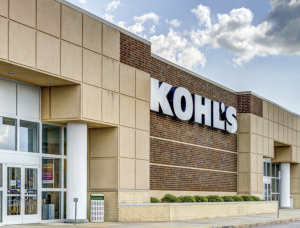 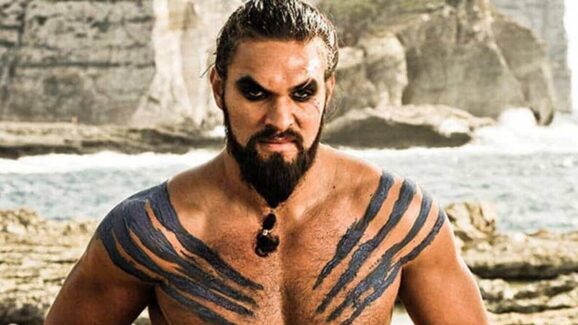 Jason Momoa is set to play the villain in the Fast X film, and the actor has shared some details about his new role, and how eccentric he is in the film.

To Attract Teachers, Some Districts Offering Affordable Housing
Teachers Union In One Major City Pushing To Mask Kids Till May
Government Only Giving Free School Meal Funds To Those Who Support Transgender Bathroom Access?
Disney Employees Walk Out In Protest Of Education Bill