How AI Is Helping Students On Campus

When it comes to the world of business, artificial intelligence has numerous benefits. Efficiency and productivity are just a couple of areas where AI has proven beneficial. But business isn’t the only place where technology is playing an important role. It can be seen in different fields such as farming, sports analytics, autonomous vehicles, healthcare, and even warehousing. AI has even found itself on college campuses.

At the University of Nevada, Las Vegas (UNLV), artificial intelligence is making itself very useful. When Keith Whitfield took over the important role as president of the university, his one goal was to speak to each and every student on campus. It was a task, many thought, one he’d never complete as the campus held some 30,000 college students.

To Whitfield’s credit, that number was not daunting. He did not shy away from that goal but instead went at it in a way some may not have considered. He had a digital version of himself created and his artificial intelligence chatbot became something like a “one-stop-shop” for all students desiring any information covering a large range of university topics such as enrollment data, financial aid, campus resources, or any other questions needing an answer.

“I hope people feel a little more comfortable because they get to know me and feel like they are a piece of the UNLV community,” Whitfield explained to Insight Into Diversity about his artificial intelligence copy. “When you feel like you belong and when you know people at your university, your success increases because it doesn’t feel odd to ask questions, and you don’t feel like there is no one you can go to.”

The chatbot which Whitfield and UNLV use is a conversational chatbot. What this means is that the artificial intelligence involved will provide students with hyper-specific information based on their typed or verbal questions. Rather than just providing traditional scripted chatbot answers, this conversational chatbot will first analyze the question, then search for the most relevant response. The artificial intelligence involved allows the chatbot to carry on discussions while also having the capacity for remembering information. A conversational chatbot is also better equipped to decipher words and phrases presented to it.

The goal, according to Whitfield, is to make it much easier for potential students and their families, along with current students, to get the information they desire. “We know that getting a college degree is not easy, so we’re always looking for ways we can try to help,” says Whitfield. When users log on to Whitfield’s avatar, they will have the ability to ask or type in their questions and get a response that relates to more than 500 topics from the artificial intelligence chatbot. “We’re hoping that rather than clicking around [on a website] looking for something, you get to talk through what you’re trying to figure out,” Whitfield explains. “We don’t want students to have to go through six people to get an answer — that just means we aren’t being as efficient as we need to be.”

In truth, though, Whitfield’s idea came from more than just creating a way to speak to every student concerning campus issues. He saw a major need for this artificial intelligence during the COVID pandemic-induced lockdowns. He noticed the many students reaching out to the university looking for information related to mental health services. “I was worried about mental health issues and people feeling like they weren’t connected,” he says. Now, the numbers prove it. Since Whitfield’s chatbot creation went live in February, the two most common questions he receives are related to financial aid and mental health services.

Artificial intelligence works and helps in two ways. The first, obviously, is helping students find answers to their important questions or concerns. The second is by data collected by the university. The anonymous data helps the university better its policies and procedures. It helps create better university programs and initiatives. Whitfield says because of its early success, they are now considering building kiosks throughout the university so his chatbot can be accessible to more students.

UNLV is not the only college campus employing the use of artificial intelligence. Georgia State University (GSU) and Elon University are two campuses that got the jump on UNLV and have been using some form of AI for some time now. GSU created their chatbot, which they named Pounce, back in 2016 and has seen much success with it. The initial goal of Pounce was to maintain student enrollment and help those who did enroll but failed to attend classes.

In that respect, the artificial intelligence’s job was, and still is, to send out text message reminders to students who are at risk of dropping out. Pounce also provides financial aid information along with course registration and placement exam information. Pounce was so successful it reduced the number of students failing to show up for fall classes by 22%. It was also shown to improve academic performance.

Artificial intelligence can be found in just about every walk of life. It is proving to have benefits we may not even be aware of. Thankfully, college students are becoming aware. 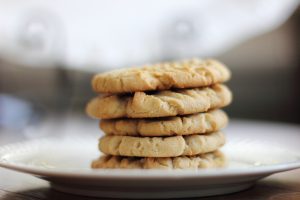 The Weird Connection Between Walmart Sugar Cookies And A Potential Recession

A TikTok user pointed out in a viral video that Walmart sugar cookies are now being sold in a pack of two, which she perceived to be a sign of a recession.

The post The Weird Connection Between Walmart Sugar Cookies And A Potential Recession appeared first on Tell Me Best. 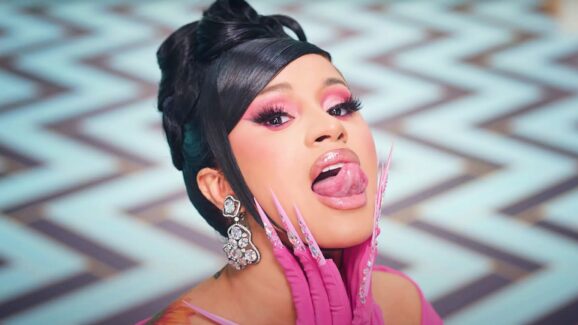 See Cardi B Busting Out of A Swirling Blue Dress

The post See Cardi B Busting Out of A Swirling Blue Dress appeared first on GIANT FREAKIN ROBOT.