The numbers for college enrollment have seen another sharp decline and while on the surface that might not seem like such a big deal, researchers in the college industry lament that its effects could be long-lasting.

By John Keating | Published 8 months ago

Related:
University Warns Professors Not To Discuss Abortions Or Contraception With Students

The numbers for college enrollment have seen another sharp decline and while on the surface that might not seem like such a big deal, researchers in the college industry lament that its effects could be long-lasting. Since the start of the pandemic two years ago, college enrollment across the nation has seen a decline of over a million students. Over the past decade, the numbers have dipped by almost three million. This has pro-college researchers fearing the worst, especially as countries such as China continue to increase their college enrollments in large numbers.

“It is a crisis, and I don’t think it’s widely recognized yet that it is,” said Jason Lane to the Hechinger Report. Lane is the dean of Miami University’s College of Education, Health and Society and he paints a rough picture when it comes to college enrollment in America. Lane’s view is on the long-term effects we will see if this downward spiral doesn’t somehow rectify itself.

College professors and pundits have thrown out numerous reasons to explain why numbers are falling rapidly. They point to things like the decline in birth rates, the lack of immediate job availability, and even the persistent thought that higher education is no longer necessary to get where one wants to go in life. The potential long-term effects of these potential reasons are not getting enough attention.

Some data shows that individuals whose education doesn’t get past the high school level currently earn much less than those who go on to grab a bachelor’s degree. It also shows that high school educated individuals are more likely to be unemployed and live in poverty, however those numbers are now being disputed. More recent data actually shows the unemployment rate is now higher for college educated workers than those without degrees. However, college advocates say those who aren’t college educated are more easily depressed, live shorter lives, are more frequently divorced, and have a tendency to vote less.

College researchers believe the gap between the have’s and the have nots will only increase over time as college enrollment continues to drop. They also claim political division will get worse than it already is, as will socioeconomic status. “We’re seeing a lot more people moving into the very unlucky group instead of the lucky group,” said Adriana Lleras-Muney, a UCLA economist. “That will be very bad for them personally. It will start showing up in their health, their likelihood of remaining in marriage — you name it.”

According to the National Student Clearinghouse Research Center, there are “unprecedented declines” in students from high-poverty and low-income households who go into higher education immediately after high school. “The gains that we made in reducing class-based and racial inequality are being wiped away,” noted associate professor Awilda Rodriguez, University of Michigan Center for the Study of Higher and Postsecondary Education.

One shocking college enrollment number is the 10 percent drop seen in men since the start of the pandemic. The implications here may be felt for years to come. “What does that mean for the modern American family?” asked Monty Sullivan, president of the Louisiana Community and Technical College System. “There are implications here that just go miles and miles and miles.”

According to the not exactly unbiased College Board, students who graduate high school but don’t move on to higher-education earn on average $24,900 annually than those who obtain their bachelor’s degree. The Bureau of Labor Statistics says nearly 40 percent are more likely to be unemployed, contradicting . The Pew Research Center reports that those who don’t move onto higher education will be four times more likely to find themselves living in poverty.

Contradicting those claims, however, are other studies which seem to indicate the opposite. Those data points say 28% of college graduates never find a job in their chosen field. Meanwhile student loan debt has tripled since 2006 and totals $1.45 billion in the US. 35% of college graduates are now underemployed, doing work that pays less and is less than they originally went to college for. In excess of 33% of college graduates end up in careers in which they never actually needed a degree at all.

Another statistic the College Board provided to justify getting people to pay them money, was that those who only have their high school education end up paying 45 percent less in state, federal, and local taxes than those with a bachelor’s degree. While that sounds like a win, they claim these same people are more than two and a half times more likely to need Medicaid benefits. They are also four times more likely to get food stamps and need public housing. 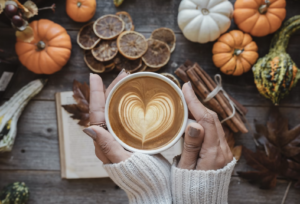 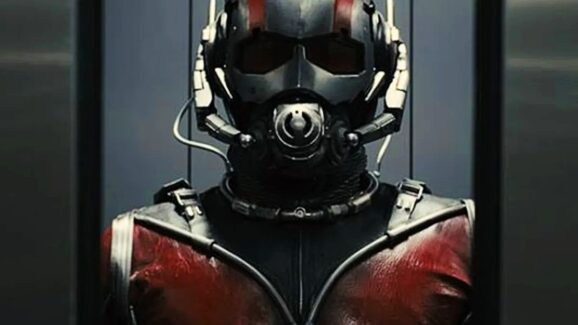 Ant-Man 3 Trailer Leaks And Paul Rudd Is In Trouble

The leaked trailer for Ant-Man 3 shows Paul Rudd being confronted by Kang.

Less college enrollment means fewer college graduates. That sounds like a bad thing, but it may actually only be bad depending on which college fields in specific end up with lower enrollment. If we have fewer people training to be engineers and doctors, that’s going to be a huge problem in the future. However, if most of the drop is among people enrolled to become English majors or history experts, it probably won’t hurt the world and could even help, as those students get funneled into critical understaffed jobs which don’t require a college education.

Right now there are huge shortages of workers in fields that don’t require a college degree at all, but still pay fantastic amounts of money. More than anything, the numbers suggest that America desperately needs more more plumbers, heavy equipment operators, power company linemen, truckers, mechanics, and many many more blue collar jobs which aren’t being filled because of our extreme emphasis on college. What we really don’t need is more advertising executives or fashion designers.

Organizations like the MikeRoweWorks Foundation have been set up to try and help fill those college unnecessary careers, and help our future workers see that those blue collar jobs are just as good, or even better, than some of the things colleges can offer. They’re starting to gain traction, and as they gain traction, it’s only natural that college enrollment numbers might start falling. In the end, a drop in college enrollment could end up being the solution to, not the creator, of our problems.