A nonprofit tasked with distributing meals to needy kids through COVID relief funds was caught in a multimillion-dollar fraud case.

The money was meant to help feed needy children during the COVID pandemic. Somehow, though, the millions and millions in federal funds instead found their way into greedy hands. According to the FBI, those greedy nonprofit hands used the money to purchase lakefront homes, jewelry, luxury cars, and lavish trips.

“The companies and their owners received tens of millions of dollars in federal funds for use in providing nutritious meals to underprivileged children and adults,” FBI Special Agent Travis Wilmer explained in his affidavit regarding the nonprofit fraud. “Almost none of this money was used to feed children. Instead, the participants in the scheme misappropriated the money and used it to purchase real estate, cars, and other luxury items.”

On January 20, the FBI (over 200 law enforcement agents) raided the nonprofit Feeding Our Future (FOF) and another dozen or so sites that included FOF executive director Aimee Bock’s home. In total, over 200 pages of search warrants were served as an elaborate scheme to defraud millions of United States Department of Agriculture (USDA) dollars was laid out. FBI investigators allege that federal funds meant to help the hungry were instead funneled to those with untoward intentions.

Off the top, the laundered money purchased a Porsche sports car, lakefront homes on Prior Lake, a $1 million Plymouth home, as well as a $500,000 apartment in Kenya, Africa. There were numerous other personal properties purchased along with the aforementioned trips and personal items. From all this activity, prosecutors seized 14 properties of those accused in the fraud scheme. Minneapolis Mayor Jacob Frey’s former senior aide is just one of the many accused of being a large part of this nonprofit fraud scheme.

According to the FBI investigators, not all of the $244 million in federal funds the nonprofit FOF received (from 2018 through 2021) were used in the fraud scheme. But what has been unsealed so far has the tally sitting right around $48 million, though there have also been reports that this number is much closer to $200 million.

Prior to the COVID pandemic, court documents show that the nonprofit was given a total of $307,000 federal funds for the child nutrition program. In 2020, based on the USDA easing their rules for feeding hungry kids, the FOF reported they disbursed nearly $43 million in meals. The following year, in 2021, the FOF pushed that number up to $197 million in meals disbursed.

The massive jump in numbers caught the watchful eyes of the Minnesota Department of Education (MDE). The increase in FOF-sponsored sites coupled with financial reporting deficiencies alerted the MDE to possible troubles. The FOF was unable to explain the massive increase of meals handed out nor could they explain away numerous paperwork errors. The MDE had no choice but to report the nonprofit to the USDA Office of the Inspector General.

As the investigation opened, money that was “traceable to the fraud and money laundering scheme” involving the FOF was tied to Abdi Nur Salah, Frey’s senior policy aide, was uncovered. Salah used these funds to co-purchase a Minneapolis apartment building. This was just one of the 14 properties seized by the feds.

One of the groups set up by FOF was another nonprofit called Advanced Youth Athletic Development. Their address was a second-story apartment. Court documents show that Advanced Youth claimed to be a huge childcare operation and that they would prepare 5,000 dinners each weeknight. When the apartment was visited, there was no sign of a kitchen or a childcare facility. The apartment across the hall’s neighbor claims she has never seen even one child, much less 5,000, in the apartment. “No. No. No,” said Lul Mohamoud to The New York Times. “I have never seen any kids going in there.”

So far through it all, not one person has been formally charged with a crime. For her part, FOF executive director Bock claims innocence. Bock, who started the nonprofit in 2016 “to increase healthy food access for youth and senior[s],” says she has never taken any money from FOF and has not seen any evidence of fraud among her numerous subcontractors. The $310,000 kickback Bock is being accused of taking comes from selling a closed down childcare center she owned, claims Bock.

Of the 17 people accused of the nonprofit fraud by the FBI, one responded to interview requests by the Star Tribune, declining. The others didn’t respond to emails, phone calls, or even letters. The FBI put business names to the three major FOF contractors who are being accused of the fraud scheme. These include the Safari Restaurant & Event Center, Empire Cuisine & Market, and S&S Catering. 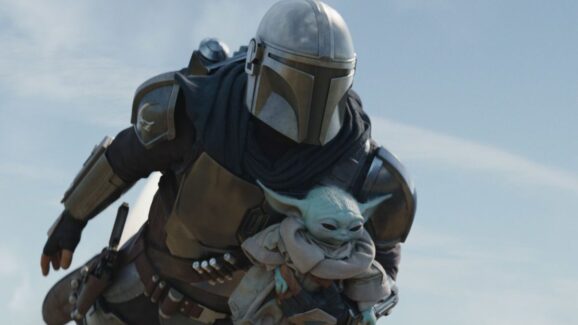 The Mandalorian star Katee Sackhoff wanted to play Princess Leia as a kid.

Salim Said, Ahmed Ghedi, and Ahmed Artan are three men who have ties to the Safari Restaurant. Investigators claim these men have personally benefited from the federal money the nonprofit received. Also, according to the court documents, a number of people accused of the fraud have a history of financial difficulties and a criminal past. Some of these difficulties include felony convictions of theft. Experts within the criminal justice system say charges could take months. If any person is charged with a crime that could include money laundering and mail fraud, both crimes could carry very lengthy prison sentences.