By Jessica Marie Baumgartner | 31 mins ago

A new report from Bellweather Education Partners has found that education practices within the juvenile justice system are failing incarcerated students. From juvenile convict demographics, to inconsistencies within state systems, this detailed analysis offers more insight into how young criminals’ education is lacking. In order to properly rehabilitate these underage offenders, suggestions are also offered to help states improve their methods.

For the past 2 decades, juvenile crime has declined. This is great news for the general public, but what about the children who are convicted and placed in state custody? Incarcerated students are required by law to receive a proper education, and so this issue is of great concern.

Black and Native Americans make up the majority of incarcerated students. A large portion also self-identify as members of the LGBTQ+ community. In addition, it was determined in 2016 that between 50% and 75% of juvenile convicts entering the system had some kind of mental disorder. Between 40% to 80% were noted to have at least one mental issue, while two-thirds of males and 1-3rd of female incarcerated students had been previously known to suffer from a mental illness.

In 2019, around 250,000 minors were processed. These incarcerated students are subject to each individual state criteria regarding their education and proper care. Unfortunately, conflicting reports produce both negative and positive results between educating incarcerated students. Although it is widely believed that education reduces crime, in some cases, school attendance increased violent crime rates among juveniles, and the older the student, the less likely they may be to retain lessons.

Be that as it may, there have been correlations made between simple learning disabilities like dyslexia and criminal activity. Although dyslexia affects 20% or less of the general population, a study in 2000 found that 48% of Texas inmates suffered from dyslexia and an even higher amount had reading comprehension issues. Little to no studies have been published regarding this incidence, and incarcerated students have not been studied as widely.

The report found that state responsibilities regarding educating incarcerated students are handled by a variety of different systems. From charter schools to nonprofits and contractors, many areas have no consistent path to providing a proper learning environment to juveniles who are in custody. Thankfully the Bellweather Education Partners organization has laid out six clear steps to improve upon these inconsistencies.

First, reducing the many different agencies that are placed in charge of incarcerated students’ education will offer a clearer journey to success. Then each state should create accountability structures and systems to weed out issues and better resolve learning gaps. Setting clear goals, investing in proper analysis and student progress reports, to further public knowledge of the situation are also mentioned, and lastly, states need to ensure that proper financial accountability is achieved through the models developed.

Through these methods data regarding incarcerated students’ abilities and needs would more easily be obtained and utilized by each state system. The information provided can then help detention centers focus on areas of concern and improve teaching methods. Through proper funding, oversight, and care juvenile criminals can better themselves and be rehabilitated to go on to lead healthy, happy, successful lives. 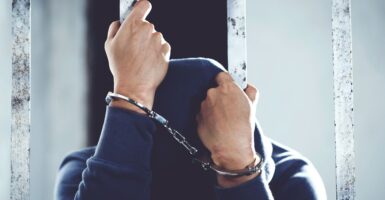 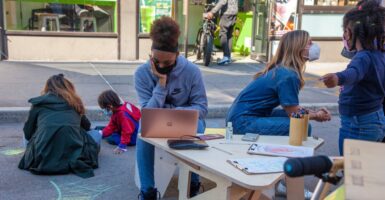 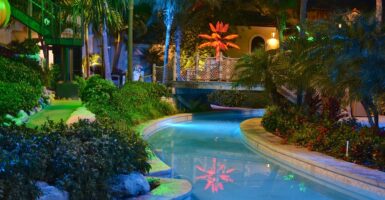 Eliminate The Department Of Education? Congress Is Now Considering It
Veterinary School Used By Washington To Decide On Vaccine Mandate For Kids
Another State Adds Parental Bill Of Rights
Whistleblower Says University Helping National Security Threats Enter The US?