School Shooter Given Chance At Parole

The Kentucky school shooter that killed three children and injured five others is up for parole, as his victims and family members remain torn on whether or not he should be given a second chance.

After spending 25 years in state prison, a school shooter is being given his first chance at parole. This comes during a time of extreme turmoil over gun violence in schools, following the most recent massacre in Uvalde, Texas which claimed 21 lives. A decision remains pending, and Americans are torn on their thoughts of whether or not the now 39-year-old murderer should be let out.

When Michael Carneal was 14 years old, he brought a rifle into his Kentucky high school, killing three students and injuring five others. Because of state laws regarding minors, the school shooter is allowed a rare chance at parole after 25 years, even with his life sentence. Kentucky parole board members were unable to reach a verdict on his case, and his fate now awaits a decision that will be made on September 26th.

According to reports of the parole hearing from CNN News, Carneal and his public defender pleaded with the board to let the now 39-year-old out on parole. His attorney played into his childhood trauma, asserting that he had learned how to live with his at the time undiagnosed paranoid schizophrenia. The defense noted that when the school shooter brought the firearm onto campus, he was struggling with his disability, bullying, and a transition to a new school.

On the morning of December 1, 1997, Carneal took a pistol out of his backpack and opened fire on a group of students. Today, the school shooter claims his actions were caused by a voice in his head that told him to do so. The morning that he murdered three students, he alleges that he heard a voice telling him to take the gun out and shoot.

To this day, Carneal states that he still hears voices. He told the board that he heard a voice telling him to jump down flights of stairs just days earlier. But in his plea for parole, the school shooter vows that he has learned how to control and ignore them.

The thought of the Kentucky school shooter possibly making parole has reopened wounds for family and community members that lived through the horrific experience 25 years ago. Some of his victims and family members gave statements during the parole hearing. Surprisingly, many of them were conflicted on whether or not he should be given a second chance.

The parents of Nicole Hadley, a 14-year-old girl slain by the school shooter conveyed their disapproval of his parole, speaking of their desire to watch him live the rest of his life behind bars. Overall, they noted that he has shown no remorse for killing their daughter. They lamented over all the potential memories their daughter never got to experience, as her father said, “We have missed Nicole’s high school graduation, her college graduation, her wedding, her kids, our grandkids and many birthdays and holidays together.”

But to many’s surprise, one surviving victim of the school shooter told the board he would vote to give Carneal a second chance. When Hollan Holm was 14, Carneal shot him in the side of the head. But Holm was given a second chance at life and survived his head injury.

The survivor noted that he still suffers from the trauma of that day. Loud popping noises still cause him extreme panic. But at the end of the day, Holm feels that because of Carneal’s young age and struggles, he deserves another chance.

The Kentucky school shooter has successfully completed 20 years of treatment programs while in prison and even finished his high school GED. Because of this, some feel that it is time to give Carneal a chance at redemption. But to others, this rare chance for a school shooter to even plead for parole is inconceivable, as the community now awaits the looming decision. 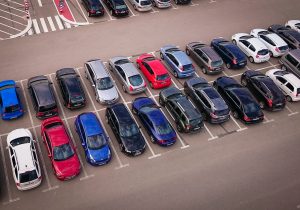 Why You Shouldn’t Really Buy a Used Car Right Now

The average price of a used car has gone up nearly 50% since August 2019, making purchasing one unaffordable for many.

The post Why You Shouldn’t Really Buy a Used Car Right Now appeared first on Tell Me Best. 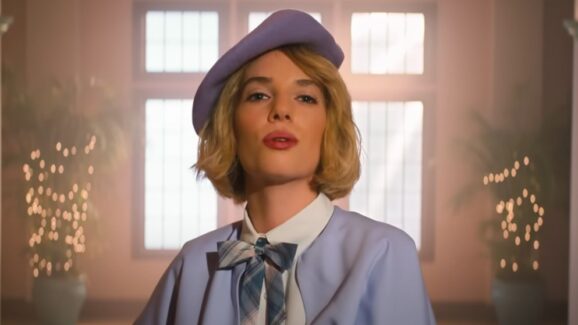 Maya Hawke took to Instagram to show off her new Calvin Klein look, which is a sports bra and little else.