Are There States Without Teachers Unions?

As we go barreling headfirst into year two of the COVID pandemic, we are learning more and more about teachers’ unions and what they stand for. We are learning just how powerful an entity they have become and how much more power they wish to have. We are also learning that while they supposedly speak only for teachers, they are as deeply rooted in political shenanigans as they are with school districts. Teacher unions carry a lot of weight, but do they carry it in each and every state across the nation?

The National Education Association (NEA) is the largest teacher’s union in the United States. It has a footprint in every state, though the power it wields changes in a number of states. The American Federation of Teachers is the second largest teacher’s union. It too holds a ton of power, but also like the NEA, its power wanes in certain states.

So, to be clear, there is not one state that does not allow for teachers’ unions. They are available to teachers, hopefully, to make their professional, and sometimes personal lives better. Their goal is to improve classrooms and the environment that surrounds the schools in which teachers teach.

Teachers join a union for a number of different reasons. Many go for the benefits a union provides. Some go for the protections a union affords. Some join the teachers’ unions because it was highly (some same forcibly) recommended. And while many teachers’ unions hold an untold amount of power, there are some states that don’t. Teachers’ unions get the bulk of their power by being able to collectively bargain and in most states, they have this ability. Some don’t, but let’s talk collective bargaining first.

So, what exactly is collective bargaining? It is the process in which employees, in this case teachers, through their teacher’s union, can negotiate contracts. In these negotiations, they can come to terms of employment that includes pay, hours, benefits, sick leave, vacation time, job health and safety policies, and better ways they can balance work and family life.

To solve any workplace issues, collective bargaining is the best tool to have. It is also one of the best tools to have if one is looking for a pay raise. When used properly, the collective bargaining chip has done a great amount of good for working people as they have not only seen better pay, but better benefits, and safer workplaces. Unfortunately, having too much power can sometimes have negative effects as well.

Take the Windy City of Chicago. They have been making headlines recently as for the fifth time in a decade, the Chicago Teachers Union (CTU) shut down schools. Over the years, Illinois lawmakers continued to give more and more power to the CTU and the CTU has used and abused it. Their most recent five-day lockout forced the hand, once again, of lawmakers to renegotiate return to classroom terms, which greatly favored the CTU.

To date, there is no federal law on the books that give public sector employees the right to collectively bargain. Instead, the right for public sector employees to first unionize and then collectively bargain is regulated by the individual states. This is done either by the passage of a state law or by decisions handed down by the state’s judicial system.

Many states limit what can or can’t be negotiated by unions. The state defines a school district’s obligation to collectively bargain, but they also decide the issues as well. So, what about the states that don’t allow for collective bargaining?

The teacher’s unions in these states still have some pull, but with their ability to negotiate pay and benefits for teachers not allowed, their bite isn’t as vicious as some state’s teachers unions. Say “hi”, Illinois. Here are the states that don’t allow for collective bargaining: 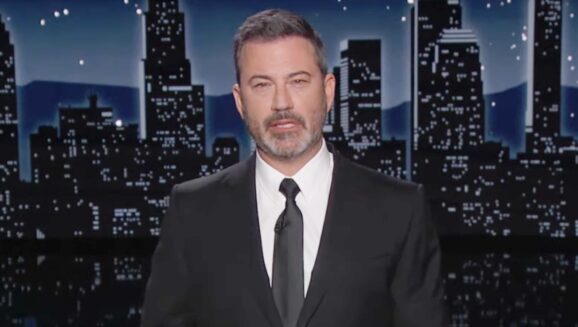 Alabama – Their law was set back in 1964 and continues on to this day. And while the law specifically states that public employers “cannot enter into collective bargaining agreements with union members” the law does not prohibit these two entities from coming together to discuss matters that are of mutual concern.

North Carolina – The state’s “Legality of collective bargaining” is quite longwinded but in a nutshell, it “is hereby declared to be against the public policy of the State, illegal, unlawful, void and of no effect.”

South Carolina – Although South Carolina grants the right to collective bargain for private employees, the state does not allow for public employees to do so.

Texas – Since all things are bigger in Texas, the state’s “no” on collective bargaining is a big no-go. For that reason most teachers in the state are actually part of a Teachers Association, and unions have limited sway.

There is one more state, Virginia, that fell into this category but just recently passed a bill that allowed for collective bargaining. Richmond City Public Schools was the first locality in the state to have their teachers and staff be allowed to collectively bargain. The ability to do so was banned by state law for 44 years.

There is a time and a place for teachers’ unions. They do a lot of good, in most instances. They look out for their members and offer wonderful benefits to make work and home life as easy as can be. In this day and age, with COVID still causing issues, they are more important than ever to teachers. Sometimes, though, they appear to have a hard time seeing the forest for the trees and what gets lost in all the blustering are the children.

See A Map Of All The Places Parents Are Battling To Save Their Kids
Overwhelming Number Of Texans Vote To Support School Choice
Florida Teacher Fired For Discussing Pansexual Identity
Both White And Black Families Are Leaving Colorado Public Schools, Enrollment Plunging