College cost are on the rise, but not all of it is because of inflation. This week a federal lawsuit was filed in Illinois accusing 16 private universities of violating antitrust laws that limit financial aid to students in need.

The lawsuit, brought on by five former students of the schools they claim are violating the antitrust laws, accuses these universities of using a shared formula in order to calculate student applicants’ financial aid in a way that unfairly limits the amount a student can get. The antitrust laws in question are those that prohibit schools from conspiring together to fix prices. The lawsuit not only claims that these schools engaged in price-fixing, but they further claim that they reduced competition while also inflating attendance costs for students who received financial aid. All-in-all, the plaintiffs calculated that more than 170,000 students were affected by this scheme running a cost in the hundreds of millions of dollars.

“In critical respects, elite, private universities like Defendants are gatekeepers to the American Dream,” the lawsuit states via the Texas Tribune. “Defendants’ misconduct is therefore particularly egregious because it has narrowed a critical pathway to upward mobility that admission to their institutions represents.”

Universities are allowed to collaborate on guidelines to evaluate a potential student’s financial aid as long as “financial need” is not considered when making their decisions. This falls under Section 568 of Improving America’s Schools Act of 1994. This policy, also known as a “need-blind policy” was part of 1994 exemption antitrust laws provided by Congress.

The schools named in the lawsuit are known as the 568 Presidents Group. This group created a shared formula they would use to determine a family’s ability to pay for college. The antitrust laws were set to stop schools from giving favor to wealthier families in order for the schools to give away less scholarship money.

The lawsuit, though, claims that nine of the 16 schools actually do consider the student or their family’s financial situation during certain times within the admissions process. The plaintiffs allege that some of the schools named have admitted wealthy students based on their financial status and also claim that some of the schools have given preference to the wealthier students or families when deciding who to eventually admit off the college’s waitlist.

For this reason, says the plaintiffs, all schools that come together as part of the group have conspired to limit the funding they offer students. This means that none of the 16 universities are exempt from the antitrust laws. This is why all 16 universities are included in the lawsuit.

“Under a true need-blind admissions system, all students would be admitted without regard to the financial circumstances of the student or student’s family,” the plaintiffs wrote in their complaint. “Far from following this practice, at least nine Defendants for many years have favored wealthy applicants in the admissions process. These nine Defendants have thus made admissions decisions with regard to the financial circumstances of students and their families, thereby disfavoring students who need financial aid.”

Although the remaining seven universities, according to the lawsuit, “may or may not have” considered applicants in that manner, they should have known that the other nine colleges were not adhering to the need-blind admissions practices. The other seven colleges are Brown University, the California Institute of Technology, the University of Chicago, Cornell University, Emory University, Rice University, and Yale.

Yale University was one of the named universities that responded to the Yale Daily News. “Yale’s financial aid policy is 100% compliant with all applicable laws,” said Karen Peart, University spokesperson. No other university made a comment on the alleged violations.

In the past three years, this is the third major lawsuit that has involved Yale’s admissions practices. First, in 2019 there was the “Varsity Blues” scandal and lawsuit that alleged a number of elite university athletic officials, which included an athletic coach at Yale, were taking big bribes from wealthy families to gain admission. Then in 2020, the U.S. Department of Justice, under President Donald Trump, sued Yale stating Yale’s affirmative action practices violated national law. This last suit was dropped in 2021 after President Joe Biden took office.

The new lawsuit is aimed at ending the 16 schools’ “conspiratorial conduct and to prevent future students from suffering the injury the ongoing conspiracy has inflicted.” The plaintiffs are seeking compensation for the 170,000 undergraduate students, that goes back 18 years. This includes “purchasers of tuition, room, or board on their behalf” in which their college cost was unfairly manipulated.

On top of asking for damages, the plaintiffs are also asking in the lawsuit to permanently end the 16 schools’ collaboration. It’s bad enough that college costs are out of control. What’s even worse, though, are colleges conspiring to admit only the wealthy.

Pennsylvania Joins The School Choice Movement
Parents Getting A Refund For School Closures In One State, $7000 Per Child
Indiana Is Beginning To Shut Down Schools Again
New Law Requires Dating Violence And Sex Abuse Education For Kids 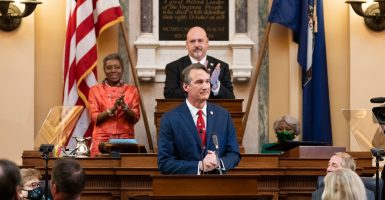