The Waldorf Homeschool Method: No Tech, No Problem

The Waldorf homeschool approach to education is not a new concept. It was developed by Austrian scientist and educator Rudolph Steiner over a century ago. Steiner was visiting the Waldorf Astoria cigarette factory in Stuttgart, Germany when he was approached by the factory’s owner, Emil Molt, with a proposition. Germany had just come out on the losing end of World War I and was on the brink of economic disaster. They were also finding tough sledding socially and politically as well.

These days, entering into the homeschool space, and looking to eschew public education can feel like an intimidating prospect. You might have realized that more traditional schooling methods aren’t right for your child, and you’ve heard things like the Waldorf homeschool approach as a possible alternative. For starters, we’ve covered a lot of this in our Ultimate Guide to Homeschooling which looks at the landscape as a whole.

Here we’ll dive into the Waldorf homeschool style specifically to start giving you the sense of whether this something you would want to work with for your own child. There are some specific things that set Waldorf apart from other areas of homeschooling, though it does have overlap with things you likely already know. Does it differ from a time-honored style like Charlotte Mason homeschooling? Or how does it stand up to a Montessori approach? We will talk about some of these things and more.

How Was The Waldorf Approach Created?

The Waldorf homeschool approach to education is not a new concept. It was developed by Austrian scientist and educator Rudolph Steiner over a century ago. Steiner was visiting the Waldorf Astoria cigarette factory in Stuttgart, Germany when he was approached by the factory’s owner, Emil Molt, with a proposition. Germany had just come out on the losing end of World War I and was on the brink of economic disaster. They were also finding tough sledding socially and politically as well.

Molt, looking to the future, asked Steiner if he would establish and head a school for the children of the factory’s employees. It didn’t take much convincing and Steiner agreed. Shortly after, Steiner opened up “die Freie Waldorfschule” (the Independent Waldorf School). It took almost another decade, but Waldorf education finally came to America in 1928.

As developed by Steiner, the Waldorf style of education is based on creativity and imagination. These are focused on all stages of a child’s development spectrum. The goal is to educate the whole child. By that, they mean “head, heart, and hands,” which is a common theme in any Waldorf teaching. While head-knowledge is vastly important, the Waldorf education also understands the balance necessary both practically and emotionally as well. Those things all carry over to using it in homeschool.

When using the Waldorf homeschool method, “head” refers to a child’s ability to think independently and clearly. “Heart” refers to a child’s capacity to become emotionally connected to their work as well as the world around them. “Hands” looks at the child’s willingness to achieve a goal by taking action.

Much of Steiner’s Waldorf teachings revolved around the Grimm Fairytales. The Brothers Grimm stories, which include Hansel and Gretel, Snow White and the Seven Dwarfs, Rumpelstiltskin, The Pied Piper of Hamelin, and Rapunzel, were used to help learn the alphabet. Steiner felt that the vivid and frank images contained in the Grimm Fairytales would help kids remember letters, and he also felt that the tales of morality would speak directly to the soul of the child.

But not all newer Waldorf homeschool teachings follow that belief. Some of the newer teachings have leaned away from certain early Waldorf styles. As time has gone on and Waldorf teaching has evolved, the Grimm Fairytales have been ushered out as being too scary or containing images or thoughts not really meant for kids. Fattening up children to be eaten or having parents leave their children in the forest to die because they couldn’t afford to feed the kids are just a couple of examples of why the Grimm elements have been removed by some. Oak Meadow is a perfect example of incorporating the Waldorf ideas with their own updated version.

The Steiner Method In Action

So, what are some key aspects that make Waldorf homeschool stand out amongst the others? For one thing, formal academics are delayed. Things like reading are not started until age 7. Textbooks or early readers are not used for those under 7 years of age. Children are taught to write before they learn to read.

Oral storytelling is a key part of Waldorf homeschooling. A child’s language skills are built by this method. Stories, songs, and even poetry contribute to early learning. In a Waldorf homeschool environment, children will have numerous artistic endeavors to help them learn. They will use handiwork (knitting, crochet), art (watercolors, clay modeling), music (singing, recorder), and movement (gymnastics, group games) to help steer them along the learning path. Already, you can see that the difference between this style and the methods used in public schools is almost entirely different. This is purposeful.

Another key in a Waldorf homeschool situation is what they don’t use. Technology. Now, that doesn’t mean computers are not used as aids, because they are. The internet is what sometimes connects those teaching with online support if needed. But on the whole, kids’ access to technology is severely limited, especially when it comes to television. It is felt that technology limits creativity and physical activity. Children are instead encouraged to use their imaginations. This can be one dividing line in the Waldorf approach that parents either really like, or really don’t. In this way, it comes down to personal preference around screens (as a catchall term). 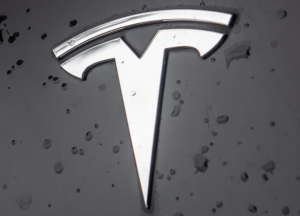 Elon Musk unveiled the new Tesla humanoid robot, the Tesla Bot, and it could be a window into the future. 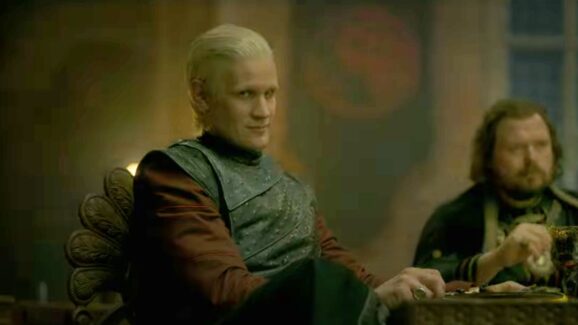 A lot of House of the Dragon fans are complaining about the lighting being far too dark in the most recent episode.

The post House Of The Dragon Is Unwatchable For Some Viewers For One Reason appeared first on GIANT FREAKIN ROBOT.

Interestingly enough, this move away from tech has more folks from Silicon Valley opting to send their kids there. It’s almost like a 180 approach to learning compared to where these folks are actually working themselves.

When it comes to Waldorf homeschooling, consistency and rhythm are very important to children, especially the younger ones. As this is done at home, parents can set their schedule as needed, but a typical one may look like this:

The first thing in the morning would be a Circle. Usually 15-minutes in length and it allows the family to get together and sing a morning verse. Next would be a 45-minute Main Lesson. The focus here is reading and writing.

Free Time would come next. This allows parents to handle their own daily business such as housecleaning, bill paying, etc. Children can also learn from this as see the duties their parents must take care of. Lunch would be next, which is another learning opportunity as kids can help prepare lunch and then perform clean-up.

The Afternoon Lesson comes next. It can be set as you please but typically science is taught twice a week, usually accompanied by scheduled outings, and math is taught three times a week. Afternoon sessions typically last an hour. Free play follows and these are usually creative activities that push the imagination. Dinner and then the bedtime ritual is set to end the evening.

The Pros And Cons Of Waldorf Homeschool

Like most homeschool options, the Waldorf homeschool plan has its pros and cons. Creativity is a definite pro in this instance. The idea that parents incorporate some of their daily duties (cleaning, bills, etc.) into what a child may learn is also a nice plus as it teaches responsibility at an early age. Additionally, because this approach is very child-centered, there isn’t an overwhelming emphasis on meeting age-appropriate educational development timelines. A child is encourage to explore and learn on their own path, meaning that the educational aspects can look different just from child to child in the same setting.

As for cons, it probably comes down to your intended teaching goals and how you want your child to learn. A possible con is perhaps waiting too long to start your child reading. While the thought behind it is solid – have your child write first – some parents wish to start off with their children reading much earlier. These cons are often related to the way it compares to traditional public schooling. Parents might feel some discomfort here because the Waldorf style is a bit more difficult to track. Whereas packaged traditional homeschooling curriculum will have very clear educational benchmarks and lessons, that’s not the case with Waldorf.

How Is It Different From Montessori And Charlotte Mason?

To the untrained eye, people might see these three styles as very similar, especially when compared to public schooling. In each there is a focus on the individual child and each diverges from the subjects taught equally across a public school curriculum. But there are differences for sure.

In a Montessori setting, children are encouraged to engage with different skills and tools, wanting to make practical gains in problem-solving and “real-life” avenues. This is part of Waldorf as well, it just doesn’t have quite the same emphasis. Waldorf will focus a bit more on the fantasy element in this respect.

Meanwhile Charlotte Mason has some of the name natural pieces as Waldorf, encouraging outdoor exploration, but literature is much more in the forefront. Charlotte Mason also has some more traditional curriculum elements as well, especially where reading and writing are concerned.

How To Get Started With Waldorf Homeschooling

There are plenty of resources available if Waldorf homeschool is an option worth investigating. Here’s a few of the top rated…

School Refusal: How To Help A Child Who Doesn’t Want To Go To School
What Is The Most Expensive College In The U.S.?
Algebra Help: Where To Get It And How To Stop Struggling
How Comic Books Can Strengthen Your Child’s Literacy