What Is 1776 Unites And Is It Being Taught In Schools?

By John Keating | 6 months ago

Some call it the battle for America’s soul. It is the ongoing war we are seeing taking place across campuses around the nation, from elementary schools to middle schools and high schools to universities. Critical Race Theory and the 1619 Project stand on one side while the 1776 Project, also known as 1776 Unites, stands firmly on the opposite side.

1776 Unites is a new-ish (a year old) curriculum aimed at high school students. Its launching comes from two black leaders, civil rights veteran Bob Woodson and charter school leader Ian Rowe, who is also a Resident Fellow at the American Enterprise Institute. According to Rowe, the goal of 1776 Unites is to “let millions of young people know about these incredible stories, African-Americans past and present, innovative, inventive, who faced adversity, did not view themselves as victims, and chose pathways to be agents of their own uplift.”

Woodson made it clear when he emphasized that 1776 Unites was not created as a debate with the controversial Pulitzer-Prize winning 1619 Project, the missive that was published by The New York Times Magazine and has since seen its thoughts being taught in numerous schools across the country. Instead, Woodson says 1776 Unites was put together as an “inspirational alternative.” Still, that didn’t stop Woodson from taking shots at the 1619 Project.

“Some of the most well-respected historians in the country have overwhelmingly discredited and rejected key elements of the 1619 Project,” Rowe said via the National Review. “We’re not in competition with them, but it is important to highlight the contrast that exists.”

Rejected is an understatement. Although we recently covered the 1619 Project and its controversies, it doesn’t hurt to once again go over a few of the historian’s misgivings. One called it “a very unbalanced, one-sided account.” It was also deemed “wrong in so many ways.” Another said that the 1619 Project was “not only ahistorical” but it was also “actually anti-historical.” But this is what is being taught in some schools across the nation.

The above quotes came from respected historians James McPherson who authored Battle Cry for Freedom, Gordon Wood, a highly touted Revolutionary War Period historian, CUNY professor James Oakes, who is top-notch in the Civil War period, and Oxford University’s Lincoln Scholar Richard Carwardine. Not to belabor the point but instead add more context, historians McPherson, Wood, and Oakes, along with Sean Wilentz of Princeton, and Texas State University’s Victoria Bynum, penned an impressive letter to the Times demanding “prominent corrections of all the errors and distortions presented in the 1619 Project.”

They wrote: “These errors, which concern major events, cannot be described as interpretation or ‘framing.’ They are matters of verifiable fact, which are the foundation of both honest scholarship and honest journalism. They suggest a displacement of historical understanding by ideology. Dismissal of objections on racial grounds — that they are the objections of only ‘white historians’ — has affirmed that displacement.” Again, this is what’s being taught in some school districts across the country.

The 1776 Unites curriculum is trying to find its way into the public and private school systems. The curricula are designed for high school students but, as they say in their introduction video, it can be tweaked for middle schoolers as well. They expect, at some point in the near future, that they will also be introducing a curriculum aimed at K-8 students.

As the 1776 Unites curriculum is designed for older students, it will present “life lessons from largely unknown, heroic African-American figures from the past and present who triumphed over adverse conditions.” The curriculum is not meant for only black students, but students of all races. The aim is to help children of all races “be architects of their own future by embracing the principles of education, family, free enterprise, faith, hard work, and personal responsibility.”

1776 Unites says they release their lessons for free, monthly. Some of their lessons include stories on American History that include discussions on people such as Bessie Coleman, the first African American female aviator who had to break through gender and race barriers before she could thrill American audiences. Biddy Mason is another example of Black achievement discussed. Mason was born a slave but ended up dying as a millionaire real estate investor. They also discuss the 54th Massachusetts regiment heroes of the Civil War, who turn the fight into ending slavery.

Also included in the curriculum are Bob Woodson’s 10-character building lessons. There are also lessons in economics and sociology from contemporary scholars such as Walter Williams, Thomas Sowell, and Glenn Loury. 1776 Unites says their curriculum lesson plans, assignments, discussion questions, multimedia, and other resources. The lessons are designed to engage students not only in discussions but activities that will help teach. 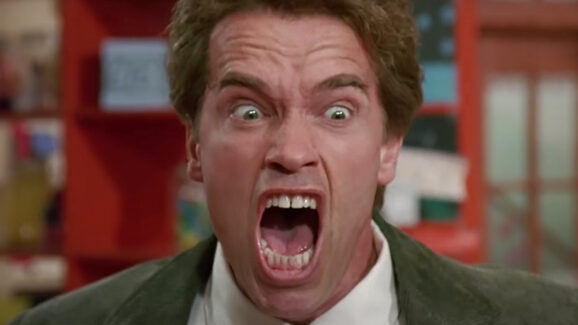 Arnold Schwarzenegger Tried To Get Rid Of His Most Unique Quality

Arnold Schwarzenegger is one of the most unique actors in the world, and he nearly got rid of one of the attributes that makes him so unique.

The post Arnold Schwarzenegger Tried To Get Rid Of His Most Unique Quality appeared first on GIANT FREAKIN ROBOT.

Thus far few schools have begun using the 1776 Unites curriculum. While the 1619 Project has wide acceptance among educators, 1776 is widely viewed negatively by teachers and teachers unions have used their power to all but outlaw its use in public education.

While the 1776 Unites curriculum is the brainchild of Woodson and Rowe, its true beginnings can be traced back to the 1776 Commission started by ex-President Donald Trump. When Trump first brought up the idea of a 1776 Commission, it was in direct response to the 1619 Project. In his opening remarks during the very first Conference on American History, Trump said, “Our mission is to defend the legacy of America’s founding, the virtue of America’s heroes, and the nobility of the American character. We must clear away the twisted web of lies in our schools and classrooms and teach our children the magnificent truth about our country. We want our sons and daughters to know that they are the citizens of the most exceptional nation in the history of the world.”

Here’s the full Trump speech which launched the 1776 Commission and eventually inspired 1776 Unites..

He then spoke about the 1776 Commission. He was establishing it by Executive Order that was a national commission aimed at promoting patriotic education. The intent was to encourage educators across the nation to “teach our children about the miracle of American history and make plans to honor the 250th anniversary of our founding.” Trump signed the Executive Order on September 30, 2020. It was dissolved by Executive Order on January 1, 2021, by newly elected President Joe Biden. Now 1776 Unites carries on its mission, in its own way.

Anonymous Tip Line Will Now Let Parents Report Teachers To The Government
Whoopi Goldberg Argues Critical Race Theory On The View
The News Literacy Project's Checkology: Is It Biased And How Is It Being Used In Schools?
Full List Of Colleges No Longer Requiring SAT Or ACT Scores

Is This High School Bypassing State Law To Teach CRT In Schools?
How A Group Of Dads On Duty Saved Their Kids Middle School
What Recess Is Like For Kids In States Still Under COVID Mandates
Free Hotline Offers Students Homework Help