Colleges and universities have been accused of conditioning students to conform to progressive ideologies the moment they enter freshman orientation. Instead of welcoming young adults and offering them tips on how to acclimate, students are often pressured to sit through various panels and lectures on race, gender, and social issues. These prime students to learn about campus culture — which is now ruled by one-sided political propaganda and ostracizing dissenters. So is this a form of indoctrination?

Societal pressures are not new. Colleges have always attracted individuals who look up to academia’s prized experts, who have plenty to say about society, but a blatant attack on American values has surfaced in recent years. Instead of focusing on unity, professionalism, and looking toward the prospect of one day starting a family and/or being productive members of society, modern freshman orientations preach identity politics, expect students to reveal private information about themselves, and even encourage hook-up culture. These issues are very divisive and students who express opposing viewpoints, especially conservative ideals or an appreciation for tradition are decried as “racist,” and “transphobic,” spreading misinformation and other smears.

Unfortunately, most college students do not feel as if they can speak freely anymore because of this. Instead of being able to respectfully discuss and debate hot-button issues, college students are encouraged to become activists and shut down their opponents, even when they are invited as guest speakers. Many are wondering, how did this come to pass? But it begins with freshman orientation and post-modern education philosophies.

As early as 2016, medical universities like Georgetown were teaching students about gender inclusion despite the biological nature of medical exams. Future doctors were taught to never assume a patient’s sex, or anything about their bodies. While it is arguably understandable that doctors may have to prepare for serving transgender patients, these measures to prepare for all scenarios morphed into movements that teach all students about gender theory, whether they wish to practice medicine or not. Somehow, the idea that “gender is a construct” took hold and led many progressives, and the schools pushing these policies, to promote sex and student sexualization. While most young adults go to college to earn a degree in a useful field so they can move on to a successful career, even colleges like Princeton are now handing out sex toys, lube, and condoms, in addition to graphic materials which depict sexual images at college orientation.

Marriage and family planning are allegedly no longer discussed, but directions to abortion clinics are offered, as are divisive lectures which divide students up by race. In 2020 Portland Oregon’s Lewis & Clark College advised students to proclaim their race and then divided them into groups based on their identity. Each group was offered a different freshman orientation. Apparently skin color and sexual preference means more to some schools than ensuring that everyone feels welcome to interact with each other no matter what they look like or where they come from.

Although the debate over Critical Race Theory (CRT) continues on, most college campuses openly embrace the doctrine that white people are inherently biased, America is systematically racist, and that equity (the practice of ensuring that everyone’s outcome is the same regardless of how much they do or don’t work) must be a shared goal instead of equality. Various universities throughout the US are training new teachers to implement social justice and critical race theory lessons in their classrooms. From Duke University, to the University of Michigan, and beyond, freshman orientation is just the beginning of college indoctrination pressing Marxist principles and divisive ideologies which have yet to produce high success rates.

So are colleges using freshman orientation as a primer for progressive indoctrination? In many cases, yes. The evidence is clear on the majority of university websites. A simple search through humanities and history courses displays it. More and more schools, even community colleges, are requiring cornerstone and capstone classes which focus on identity politics and CRT training for graduation, but it all begins on that first day, during those introductory lectures which once welcomed students and encouraged them to learn and grow. Now unity has fallen by the wayside in favor of lessons promoting political bias and mob mentality. 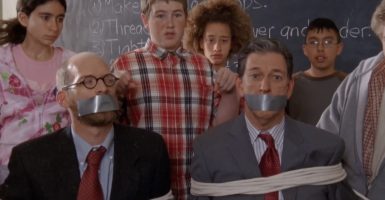 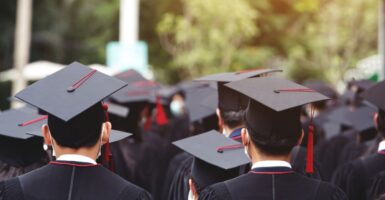 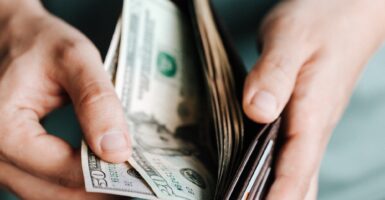 Schools Are Deleveling Your Kids, Here’s What It Means
What Is Abolitionist Teaching?
One Mom's Eclectic Homeschool Method Curriculum And How To Get Started
Famous People Who Were Homeschooled