Meet The Republicans Who Killed School Choice In Georgia

A bill allowing more school choice was voted down in Georgia, here are the Republicans that crossed lines and voted with Democrats.

School choice in Georgia has been officially killed. State senators said no to Senate Bill 601, which would have given school vouchers up to $6,000 to virtually anyone as long as their children attended a Georgia public school for any length of time. What makes the death of this bill so shocking is that the bill was authored by Senate President Pro Tem Butch Miller, a Republican, and the Georgia Senate is made up of 34 Republicans and 22 Democrats. 8 Republicans crossed lines and voted “No” with Democrats.

This decision just goes to show how Georgia is so divided on the subject of school choice. Rural areas have always been against giving school choice, as evidenced by the vote. If passed, the bill would have allowed for families to use their money on private school tuitions or even materials for homeschooling, if they so choose.

Sen. Miller said to the Senate in his bid to get the school choice measure passed, “This is an opportunity to give students trapped in underperforming school systems the ability to move forward.” But Democrats, and a handful of Republicans it would appear, rejected that notion. They felt the $6,000 would be nowhere enough to pay for tuition to private schools within the state. The feeling then was that the more affluent families would benefit from this bill rather than the intended poorer families.

Sen. Steve Gooch, a Republican from Dahlonega, countered by saying that a number of private schools in Georgia cost less than $6,000 a year. He felt parents would “work harder” to afford to send their children to private schools if the $6,000 didn’t cover costs. “We should be helping the middle-class people as much as we are the upper class and the lower class,” Gooch said via the U.S. News.

Here are the eight rank-breaking Republicans who said no to the Georgia school choice bill:

JASON R. ANAVITARTE – Jason represents Senate District 31 in Georgia which includes Paulding, Polk, and Haralson counties. He is the former Councilman for the City of Doraville and has a school district background as well being a former member of the Paulding County School Board.

BRANDON BEACH – Senator Beach has been a member of the Georgia State Senate since he was first elected in 2013. Sen. Beach represents District 21 in the state which includes parts of Cherokee and Fulton counties. Sen. Beach is a busy Senator. He serves as the Chairman of the Transportation Committee and when he isn’t performing that duty, Beach also is a member of the Higher Education, MARTOC, Economic Development and Tourism, Administrative Affairs, and Rules Committees.

MIKE DUGAN – Senator Dugan is an Army veteran. He has been a part of the Georgia Senate since 2013 and was elected Majority Leader in 2018. Senator Dugan represents the 30th District which includes parts of Carroll, Douglas, and Paulding counties.

RUSS GOODMAN – Senator Goodman represents Georgia’s 8th District. Goodman calls himself a farmer and even has a catchy little slogan, “Ready to plow the field for a brighter future.” Unless it’s for school choice, that is.

TYLER HARPER – Senator Harper has been a part of the Georgia Senate since his election in 2012. He represents the state’s 7th District and has many irons in the fire. Currently, he serves as Vice Chairman of the Public Safety Committee and also the Chairman of the Natural Resources and the Environment Committee. He is also a member of the Agriculture and Consumer Affairs Committee and the Appropriations Committee.

CARDEN H. SUMMERS – Since March 2020, Senator Summers has represented District 13 in Georgia. This district covers portions of nine counties including Crisp, Dodge, Dooly, Lee, Tift, Turner, Worth, and parts of Sumter and Wilcox. 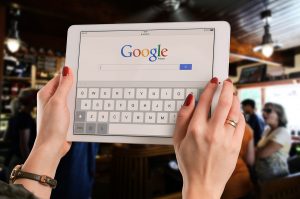 How Google Ads Are Dangerously Misleading Some People

The Tech Transparency Group, a watchdog agency that aims to expose misinformation online, found evidence that suggests that Crisis Pregnancy Centers use Google ads to misinform women about abortive services that they do not offer.

The post How Google Ads Are Dangerously Misleading Some People appeared first on Tell Me Best.

LINDSEY TIPPINS – Senator Tippins was first elected to the Georgia Senate in 2010. He represents District 37 in the state and presently serves as the Chairman of the Higher Education Committee, making his no vote for school choice somewhat puzzling. Sen. Tippins is also a member of the Senate Appropriations, Natural Resources and the Environment, and Transportation Committees.

Where Georgia goes next with its school choice bill is anyone’s guess. Some form of the bill can be brought back, but as is, the bill is DOA. But with parents calling for school choice across the country, you can expect this topic to hit the Georgia legislatures once again in the near future.