Texas Governor Greg Abbott is on the campaign trail, and he is hitting it hard. One of his promises to parents in Texas if he is re-elected is a plan to amend the Texas Constitution with a Parents Bill of Rights. His goal here is to allow parents school choice for their children. After making the promise, Gov. Abbott then put pen to paper signing the bill proposal at an event that was hosted by the Founders Classical Academy of Lewisville.

School choice for Texas parents has been a high-priority item for Gov. Abbott as he seeks reelection. At the event, he criticized public schools for issuing mask mandates and shuttering during the pandemic. Abbott says that his bill will help parents restore their position as the primary decision-maker for their child’s education as well as their healthcare decisions.

Abbott also lamented that government too many times impinges on parents’ decision-making while threatening their role in their child’s well-being. “Many parents are growing increasingly powerless about what to do to regain that control,” Abbott said. “That must end.” He’ll do that by giving the power back to Texas parents.

Abbot said that under the proposed bill, the Texas constitution will be amended so as to “make clear that parents are the primary decision-makers in all matters involving their children.” Parents will have more access to their child’s school curriculum by ensuring that the material will be available online or in other ways easily accessible. Music to many parents’ ears.

“We will make sure parents’ concerns about school curriculum or policies will be heard quickly and respectfully,’ Abbott said via CHRON. The Texas governor also noted that under his new Parents Bill of Rights, instead of giving the sole decision-making to school districts instead parents will have the option if their child should repeat a course of grade level.

These choices are not the only ones in which Abbott is promising. Another layer being added is more protection of a child’s privacy in schools. In the new bill, the state will prohibit students’ personal data from being sold or shared outside of the Texas public education system.

Gov. Abbott has not only set his sights on school choice for Texas parents. He is taking on another fight in targeting inappropriate content in schools. This past November the governor told the Texas Education Agency to form statewide standards aimed at preventing “obscene content in Texas public schools.” Not long after that he ordered the agency to investigate any criminal activity in public schools that was related to “the availability of pornography.” He told them if they were to find any instance of such material they need to refer it “for prosecution to the fullest extent of the law.”

You can count Bill Bennett as one in Abbott’s corner. The former U.S. Secretary of Education under President Ronald Regan congratulated Abbott on his proposal to put faith in Texas parents. He said the bill would more than likely be imitated in other states. He also echoed Abbott’s sentiments agreeing that parents need to be the decision-maker when it comes to their children’s education. “We know that the parent’s influence on the child is the greatest influence of any adult, Bennett said. “We need to restore the priority of the parent to the classroom and to the child’s education which is what you are doing.”

Although there is broad support among Texas parents for Abbott’s new bill, there is dissent. The Intercultural Development Research Association (IDRA), who spoke out in December opposing Gov. Abbott’s critical race theory bill ban, also spoke out against his new bill. “All families must be part of building excellent and equitable schools regardless of their racial or ethnic background or socioeconomic status,” the IDRA statement read. “Unfortunately, many schools have not prioritized or invested in developing authentic relationships with families, particularly those of color, those with limited incomes, and immigrant families.” 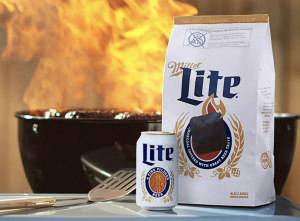 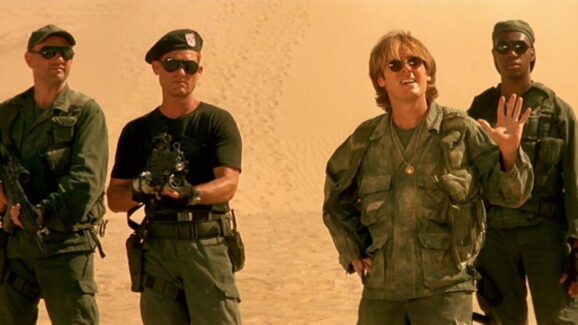 School choice is not only a hot topic for Texas parents, but in many other states as well. The recent surge in the COVID omicron variant has closed down schools across the country, forcing students back to remote learning. Parents are at their wit’s end, feeling there is nowhere to turn. Gov. Abbott and many others are looking to give them options. 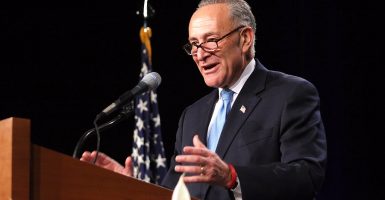 Are Schools Putting Litter Boxes In Bathrooms For Furries?
Oklahoma House Speaker Kills School Choice Despite Support From Voters And Governor
Yale Bans Students From Going Out To Eat Or Shopping At Any Time
Florida Student Not Allowed To Say 'Gay' During Grad Speech?