US Department Of Education Announces Priorities: Diversity And Emotional Support Are Focus

ay out the Biden Administration’s vision moving forward through the pandemic, the reopening of schools, and educational priorities to include broader investments in America’s education system that has been under immense fire. Cardona touched on a number of points, making sure America understood that he, along with the full support of President Biden, was going to do everything in their power to ensure safety and success in reopening schools with an eye on the future of students. This future includes the overwhelming student loan debt.

U.S. Secretary of Education, Miguel Cardona, addressed the public from the Department of Education to lay out the Biden Administration’s vision moving forward through the pandemic, the reopening of schools, and educational priorities to include broader investments in America’s education system that has been under immense fire. Cardona touched on a number of points, making sure America understood that he, along with the full support of President Biden, was going to do everything in their power to ensure safety and success in reopening schools with an eye on the future of students. This future includes the overwhelming student loan debt.

In his opening statement, Cardona claimed that “just over one year into President Biden’s term, we know what to do.” The “what to do” Cardona was referring to was reopening public schools across the nation. He continued, “While I recognize the daily challenge our students, our parents, and educators still face, we have better tools now to keep our schools safe and thriving amidst a pandemic.” Although Cardona didn’t break down exactly what those tools were or how they were using them, the Department of Education leader did appear very confident that America was on the right track.

The U.S. Department of Education leader likened the situation students, parents, and teachers face returning to school to the unmitigated fear he felt going to school as a kindergartener, unable to speak English as well as many of the other kids and having that fear force him to have his mother pick him up early that first day. Just as his mother told him that everything was going to be okay for him, Cardona wanted to reassure that everything will also be okay. He sees this opportunity as “a moment to reimagine education to our shared ideals. One where all children, all children, can succeed.”

The Department of Education’s Cardona then went on to his more specific topics. First, he tackled the public schools and reopenings. He called teachers “our heroic educators.” But he also realizes there are more tough times ahead for all. “Reopening schools—and keeping them open—while critical, is insufficient.  Our hardest and most important work lies ahead,” said Secretary Cardona in the address. “Our students’ success is at stake.  Not just the students we serve today, but for those who have yet to be born. Our task is not only to improve our education system from where it was before the pandemic but also to take bolder action to elevate it to lead the world.”

Cardona wanted to point out that when President Biden took office, only 46% of the nation’s schools were open. Today, he says, 96% are open. Whether that is because safety procedures are set in place or the fact that the COVID pandemic is much like a roller coaster with no breaks, he did not say. The Department of Education boss pressed on.

On top of getting schools back to business, he also touched on strategies necessary to help students make up for the immense loss of instructional time because of the school shutdowns. He spoke about the need for students to have access to mental health support because of the school shutdowns. Cardona spoke about investing more in educators. The Department of Education leader also talked about improvements necessary to the education system that would address the inequities that existed long before the COVID pandemic greeted us with open arms.

Secretary Cardona went into how the American Rescue Plan is supporting the educational efforts right now. He said that additional investments into our troubled education system will have a greater impact on improving schools’ infrastructure. His main goal was to put students and families at the forefront of all Department of Education goals. They should be and will be the number one priority.

Cardona then laid out a number of key actions in four major priority areas that he says will guide the Department of Education today and the future. His first slide covered exactly what he said his main priority would be – students and families.

The first slide was titled Support Students Through Pandemic Response and Recovery. Some of its key components were having families become core partners with educators. Another one was addressing students’ missed instruction time through intensive tutoring and extended learning time. He is looking for more access to social, emotional, and mental health support for students. With that in mind, the Department of Education is also wanting to encourage students to participate in at least one extracurricular activity at school.

Cardona then shared ideas on opportunity and achievement gaps. He spoke about increasing funds for Title I schools and for IDEA so the gaps in educational opportunity can close. He wants to level the playing field by offering free universal pre-K child care and affordable high-quality child care. Cardona then touched on the development of a more diverse educator workforce that would include special ed. Teachers and bilingual educators so that all walks of life have the ability to pursue an education job. The Department of Education also plans to challenge states and school districts to fix their broken systems.

Cardona’s third target area touched on high education and how to make it more inclusive and affordable. The Department of Education wants to provide loan relief to student borrowers. One way they plan on doing this is by holding colleges and universities accountable for taking advantage of students. They want to be able to ensure that students and families who are paying back their loans have payment options that fit their economic circumstances. 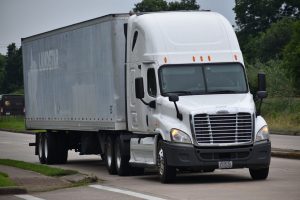 Why The New Tesla Semi-Truck Is A Big Deal

END_OF_DOCUMENT_TOKEN_TO_BE_REPLACED

The post Why The New Tesla Semi-Truck Is A Big Deal appeared first on Tell Me Best. 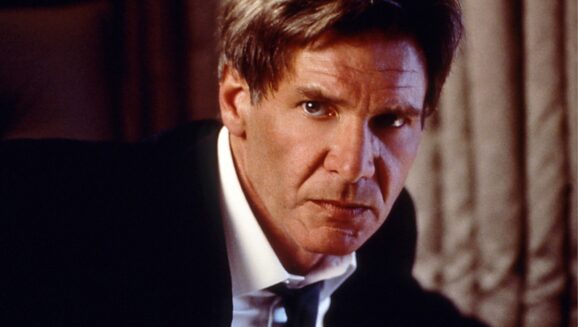 Exclusive: Air Force One Sequel With Harrison Ford In The Works

Twenty five years after getting Gary Oldman off his plane,and Harrison Ford is ready to take on fictional terrorists one more time. Our trusted and proven sources tell us that a sequel to Wolfgang Petersen‘s 1997 classic Air Force One is on the way. They also tell us that Harrison Ford–apparently not willing to give …

END_OF_DOCUMENT_TOKEN_TO_BE_REPLACED

The post Exclusive: Air Force One Sequel With Harrison Ford In The Works appeared first on GIANT FREAKIN ROBOT.

Finally, Cardona and the Department of Education aim to ensure that higher education will lead to a successful career.

So, talk is good, but sometimes, talk is cheap. Actions speak louder than words and Secretary Cardona, the Department of Education, and President Biden are on the clock. It may be a case of too little, too late as parents have hit their boiling point with the direction public schools are going. Maybe Secretary Cardona can pull it back from the brink of a major disaster. Those of us who depend on the public school system can only keep our fingers crossed.

Secretary Cardona’s entire Department of Education speech can be seen below.