Newly inaugurated Virginia Governor Glenn Youngkin wasted little time. Just a few hours after his inauguration ceremony concluded, Youngkin took pen to paper and signed 11 executive actions, making good on the promises he ran on. Now, whether they all stick is another matter.

Some of the 9 executive orders and 2 executive directives signed by Gov. Youngkin could be called symbolic, not having the weight of the law behind them. But others definitely do, and these are the ones that look to be gearing up for a showdown. The Virginia Governor seems ready ready to do battle on behalf of the people who elected him.

Of the orders signed, two, in particular, have already seen intense opposition. The first executive order the Virginia Governor signed was a ban on teaching critical race theory (CRT) in K-12 public schools. CRT is described by its proponents as the practice of examining ways in which racism operates in United States society and laws. It’s opponents have a far less positive description of what they think it really does, claiming it actually promotes racism. The executive order is a directive intended to “restore excellence in education by ending the use of divisive concepts, including Critical Race Theory, in public education.” The entire executive order can be read here.

His signing of this order has already been met with opposition, with many claiming that CRT is not even being taught in K-12 schools.

However, there actually seems to be broad support for the Virginia Governor’s CRT ban. Those in favor of banning it have collected what they believe is a significant amoutn of evidence that it’s being taught. So, promsing to stop it is one of the main reasons Gov. Youngkin became the first Republican to win the Virginia Governor’s Office since 2010.

The second executive order Gov. Youngkin signed was ending the mask mandates in schools throughout the state. Right before the election, the Virginia Governor promised to rescind the mask mandate saying via NBC 12, “I think parents should be empowered to make decisions for their children,” Youngkin said. “So, we’re going to have a common-sense, common-sense approach but also one that protects lives and livelihoods and I think together we can in fact forge a new path forward.” He stood true to his word by signing back power to parents in deciding whether to send their children to school with masks or not.

“A child whose parent has elected that he or she is not subject to a mask mandate should not be required to wear a mask under any policy implemented by a teacher, school, school district, the Department of Education, or any other state authority,” read part of the executive order. But this is one executive order that is going to be a dogfight. You can count White House press secretary Jen Psaki in opposition to Youngkin’s order as she responded in support via Twitter to an Arlington County parent saying:

“Hi there. Arlington county parent here (don’t believe you are @GlennYoungkin but correct me if I am wrong). Thank you to @APSVirginia for standing up for our kids, teachers and administrators and their safety in the midst of a transmissible variant. — Jen Psaki (@jrpsaki) Jan. 17, 2022.”

Psaki was not the only one to disagree with the Virginia Governor’s executive order. Virginia Delegate Patrick Hope also had some sharp words for Youngkin saying the governor had “no authority at all” to say how masks can or cannot be used in individual school systems. “We are governed by the Virginia Code,” Hope said to WTOP. “And the Virginia code states very clearly that school districts should adhere by the CDC’s recommendations.”

Not even 12 hours after Youngkin signed his removal of the mask mandate order, Arlington Public Schools announced that their mask mandates were still in effect, in defiance of the governor’s edict. The school system, citing Virginia’s bipartisan Senate Bill 1303, said that all students within their boundaries would still be bound to the mask mandate. This would include any child 2-years-old and up.

“Arlington Public Schools implemented our mask requirement this school year prior to Gov. Northam’s K-12 mask mandate, and we will continue to make decisions that prioritize the health, safety, and well-being of our students and staff, following the guidance of local and national health professionals,” Arlington Public Schools wrote in a statement. 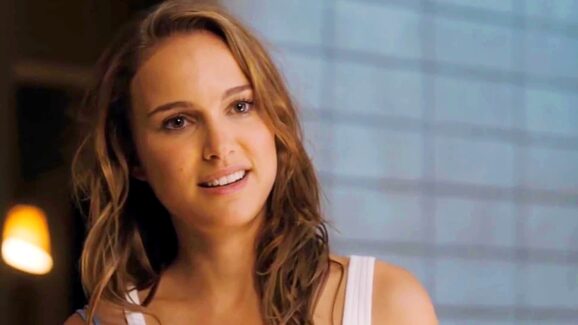 Natalie Portman Wants To Team Up With A Different Marvel Hero

Natalie Portman is set to become The Mighty Thor, and now the actress has revealed which Marvel character she would want to team up with after Thor: Love and Thunder.

The post Natalie Portman Wants To Team Up With A Different Marvel Hero appeared first on GIANT FREAKIN ROBOT.

Following them shortly thereafter was Alexandria City schools, informing Gov. Youngkin that they too would be keeping their mask mandate. “ACPS will continue to abide by the health and safety guidelines of the CDC and the Alexandria Health Department and continue to require all individuals to wear masks that cover the nose and mouth in ACPS schools, facilities, and buses,” the school system tweeted. Fairfax County Public Schools also had the same response to Youngkin’s executive order.

As mentioned, the new Virginia Governor is willing to go toe-to-toe with these school systems. In fact, he responded by informing them that he would use state resources to force schools to follow his order. “We wrote the order specifically to give all the school systems, basically, eight days to get ready — to listen to parents,” Youngkin said. “Over the course of this week, I hope they will listen to parents because we will use every resource within the governor’s authority to explore what we can and will do to ensure parents’ rights are protected.”

One more fight Gov. Youngkin is ready to take on is contained in another executive directive he signed. This one covers restoring personal privacy and individual freedoms by rescinding the vaccine mandate to all state employees. Keep an eye on the Virginia Governor and how these battles shape up. There are a number of states getting ready to follow his lead.