Dept. Of Education Gave Student Info To Facebook Without Permission

By Erika Hanson | Published 3 months ago

Data collection and privacy have become a big concern in the United States. In an increasing matter, businesses store sensitive data on cloud services and often share that information elsewhere. It might not exactly be data selling, but it is still frowned upon as it can expose personal information. In what might turn out to be one of the biggest controversies this year, a government agency was just exposed for sharing student info involving FAFSA forms to Facebook, and it was all done without students or parents knowing.

In a joint exposé effort, Chalkbeat and The Markup released a report with information showing that the U.S. Department of Education (DOE) shared personal information of prospective college students to Facebook. Furthermore, the sites found that this all happened without parents’ and students’ knowledge. The information was stored on FAFSA forms and contained information such as names, email addresses, zip codes, and possibly income.

The data-driven journalist site divulged that the information was being shared through code that was embedded into the government’s website for the Free Application for Federal Student Aid, or FAFSA. They were able to find that the data collecting and sharing started as soon as users logged in to the site, and was shared with the social media behemoth regardless of whether the users had a Facebook profile or not. After learning of the data scandal, The Markup questioned the government agency about this tracking practice.

At first, a spokesperson for the DOE denied the accusations in their entirety. But after the story was first published on April 28th, the code that enabled the sharing was turned off and disabled. Furthermore, FAFSA’s chief operating officer, Richard Cordray sent a statement to The Markup, saying that the information was “inadvertently” shared following an advertising campaign.

Furthermore, Cordray stated that the data shared to Facebook from FAFSA forms was arbitrarily done so anonymously. He added that neither the government agency nor Facebook used the collected data for “any purpose”. If true, the statement fails to explain why the information was shared in the first place, and possibly fueled more outrage over the occurrence.

To many, this information is alarming, and rightfully so. Personal information for a countless number of students filling out FAFSA forms now remains in the hands of Facebook for personal use. According to the company’s privacy policy, that data could remain in their possession for years to come.

Leaders in education have already spoken out in defiance of the government’s failure to protect private student information. Leonie Haimson, the co-chair of the Parent Coalition for Student Privacy, said the FAFSA incident was “horrifying,” accusing the DOE of being “asleep at the wheel.” “They are sloppy and they are not focused on doing their job in general on the issue of privacy,” Haimson also added.

It remains uncertain as to how long this data sharing was present on the FAFSA site. The Markup reached out for further questions regarding when the practice started, along with questions asking the government agency how they could confirm the private information wasn’t used within Facebook’s potentially harmful algorithms. They declined to respond to the follow-ups.

Regardless of the reason or means of sharing private FAFSA applicants’ information, the revelation furthers the growing distrust parents across the nation reverberate regarding the state of public education. Some experts believe that the data sharing may have been unintentional, as it is common for online sites to add such code without fully understanding its ramifications. But even if this is so, it might shed light on the growing problem with America’s top government agencies. 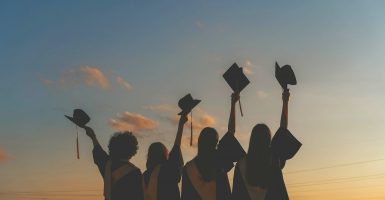 Indiana Bill To Ban CRT Teaching Has Been Defeated
Chemistry: Creative Resources to Learn and Master the Concepts
Standards For Speech Development Lowered By The CDC
Elementary School Being Built With Complete Genderless Bathrooms