Democratic senators that voted against a school choice bill contradicted themselves by sending their children to private schools.

The Georgia Senate Education Committee passed SB601, the Georgia Educational Freedom Act, recently by a 6-4 vote. This passage is a large step toward school choice as it now creates educational savings accounts for children across Georgia, allowing for funding for students over systems. But what makes this vote a head-scratcher to some is of the four Democrats who voted against this bill, three of them send their children to private schools.

School choice has been a hot-button topic throughout many states across the nation. Parents have had their fill with the public-school systems and have not been shy about speaking out against it. But there are those who feel taking money away from public education is only going to make matters worse for those who remain in the public school systems.  Democratic state Sens. Elana Parent, Lester Jackson, Sonya Halpern, and Freddie Sims were the four dissenting SB601 votes against school choice.

SB601 is considered by school choice experts to be one of the most expansive school choice bills throughout the country. Parents will now be allowed to take their educational tax dollars with them to use for private schools and tutoring programs. They can also use these funds for homeschooling materials, educational therapies, or online learning programs for their children.

Senators Jackson, Halpern, and Parent have admitted their children do not go to public school in Georgia, instead, their children all go to private schools. This is where the disconnect begins. How can you vote against school choice while your actions go against your vote? Especially when it comes to this highly debated topic.

Sen. Parent explained to the Atlanta Journal Constitution that she sends her son to a private school because he has attention deficit hyperactivity disorder. According to Parent, her son attends the private school because she believes the “public shouldn’t pay for it just because he has ADHD.” In many ways, that’s a noble thought. But it also sounds like the senator does in fact support school choice.

Georgia lawmaker Jodie Lott sees this differently though. Her reasoning for supporting SB601 was easy, “Because it already exists.” Lott, a Republican, then said to The Lion, “School choice exists every single day for the wealthy. Sadly, most Democrats and some Republicans are fighting to stop the less fortunate from having those same options.”

As if to prove her point, Sen. Jackson sends his son to Savannah Country Day School. Tuition at this private school runs $22,000 a year. There aren’t many families in the state that can afford that cost. The SB601 school choice passage could lower tuition fees across the state, but, as Sen. Parent was apt to point out, the bill doesn’t offer enough. “This legislation only provides $6,000, and 71% of Georgia private schools, including almost all in metro Atlanta, cost far more,” Parent said to the Daily Caller. “Therefore, this bill provides the illusion of allowing kids to go to private school, but the tuition will still be out of reach for the vast majority and meanwhile the money siphoned from the system will make it more difficult to provide a quality education for the millions of kids who will remain in the public schools.”

But as many pointed out, those funds are for school choice, not specifically for private schools. The funds can be used in different ways, those of which parents can decide upon that would be in the best interest of their children. So, while Parent made a point, it didn’t cover the entire subject necessarily.

Corey DeAngelis is the national director of research at the American Federation of Children and very much a school choice advocate, told the Daily Caller, that SB601 would make Georgia a school choice national leader. He was very outspoken on this issue.

So, do as we say, not as we do. It’s a common theme seen across political lines. This time three Democrats have been caught in the crosshairs of school choice. It’s not the first time and it certainly won’t be the last. Buzz Brockway, vice president of public policy at GCO, has seen it on both sides of the aisle. 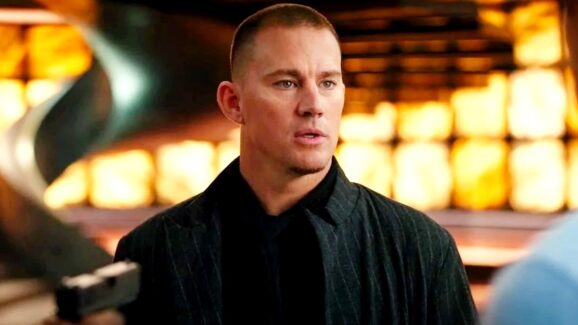 “Unfortunately, members of both political parties have a track record of practicing ‘choice for me but not for thee’ — sending their own kids to private schools while denying that same access to lower-income families,” said Brockway via a statement to The Lion. “It’s sad but true. The bottom line is that underserved kids are suffering because they don’t have access to the same opportunities available to wealthier kids. Programs like Promise Scholarships [SB601] would break down those barriers and create better equity in education.”

DeAngelis summed up the situation perfectly stating his happiness for the Georgia senators who have the ability to send their children to the school of their choosing. “But they shouldn’t fight against school choice for others. We should fund students directly and empower all families to choose the best education provider for their children.”

See The Scoop On A Trans Conference Teachers Were Encouraged To Attend
Teachers Go Door To Door To Recruit Families Back To Public Schools
This State Is Short More Than 9,000 Teachers
Numerous Brutal, Violent Assaults On A Student Result In School Principal Getting Extra Paid Time Of...