By Jessica Marie Baumgartner | 1 month ago

Kiel Middle School in Wisconsin is suing 3 students for sexual harassment. The 13-year-olds in question did not use another student’s preferred pronouns, and so the school is taking legal action against them. Some schools have set strict policies to support LGBTQ+ students which penalize students who use the wrong pronouns, but this case faces much scrutiny as it would set a precedent in the state, and potentially the country.

Sexual harassment by the United States Equal Employment Opportunity Commission is defined as, “unwelcome sexual advances, requests for sexual favors, and other verbal or physical harassment of a sexual nature.” But the laws are vague because sexual harassment is not always defined by a sexual nature, it can also include remarks about a person’s sex. This was meant to curb cat calls, and prevent derogatory statements about women or men from being used in professional and educational settings. Now the Wisconsin school is looking to utilize this law to enforce policies against using the “wrong pronoun.”

This case raises new concerns over free speech rights and how far language can be policed. When Rosemary Rabidoux — one of the parents of the boys in question — was contacted by her son’s school over the charges, she was horrified. “I immediately went into shock! I’m thinking, sexual harassment? That’s rape, that’s inappropriate touching, that’s incest. What has my son done?” Before she was told it was all due to the fact her son merely referred to another student by a wrong pronoun.

Her relief at learning that her son merely referred to a female as “she” instead of “they” was overshadowed by the fact that a school would try to press charges against something so harmless as the use of a “wrong pronoun.” The female student in question supposedly announced that she must be called “they” or “them.” When some of the other students protested she verbally abused them until Mrs. Rabidoux’s son shouted that it’s their constitutional right to not have to say what other people want them to. She also noted that her son was raised to “love everybody equally,” and that this isn’t about sexual harassment or being anti-gay, it’s about a girl using identity politics to bully other students.

The Wisconsin Institute for Law and Liberty is now defending the middle school boys against the sexual harassment charges for using the “wrong pronoun.” They have stated that pronoun misuse is not part of the school’s policy or punishable by law. In fact, just last month a college professor won a $400,000 lawsuit against Shawnee State University for punishing him because he refused to use a student’s preferred pronoun. Although the circumstances were different, the underlying context is the same. It is a violation of rights to force others to change their language to accommodate others.

How the state of Wisconsin handles the case will be of note. Kiel Middle School may gain short-term applause from the LGBTQ+ community if they win their lawsuit, but it will also open the district up to a flood of sexual harassment charges from parents and students under the premise that language would become prosecutable. Any parent whose children are taught sexual education information with language they disapprove of could take legal action. Any student who is forced to call a child their preferred gender instead of their sex could also file sexual harassment charges. How the courts interpret this case of wrong pronouns will hold much weight.

Parents Concerned Over Uptick Of Crimes By Educators Against Students In NYC
Principals Told They Must Conform To District’s Political Viewpoints
Review: Whose Children Are They?
Republican Lawmakers Say Gun Reform Isn’t The Solution To Mass Shootings In Schools 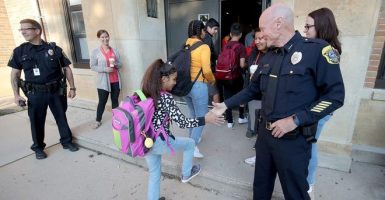 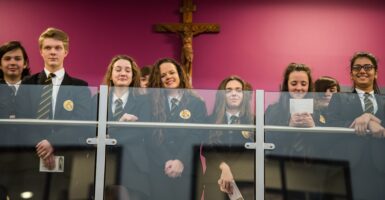 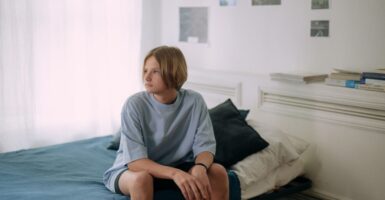 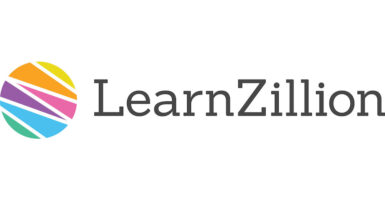 What Happened to LearnZillion – A Great Resource For Teachers