The 911 For Suicide Prevention About To Go Live, Has Major Issues

By Rick Gonzales | Published 2 months ago

The RAND Corp. conducted the study and came back with some concerning findings. The consensus is that “there is room for improvement” and they claim that the agencies involved must “work quickly to be ready before the number goes live.” This is not the news Congress was expecting to hear when they created the National Suicide Hotline Designation Act for suicide prevention.

The numbers the RAND Corp study produced are not good. According to the study, they estimated a good 30% of the calls going to the new 988 number may possibly go unanswered. That is a lot of calls being missed for a suicide prevention number. But it isn’t only the calls that may go unanswered that pose a problem. There may be just as many issues with calls that are actually answered.

According to the study, only 55% of those jurisdictions with hotlines say that the staff they have presently are trained to successfully speak with children or adolescents. If that wasn’t bad enough, over a third of the study’s respondents claim they have appropriate staff trained to help people with disabilities. And apparently, 45% of those queried say they are not equipped to help the LGBTQIA+ community.

Congress has pumped in another $280 million to help improve the 988 system and its capacity but it is still unclear if the nation’s local jurisdictions have the ability to take on the expected influx of calls. Of the 180 behavioral health directors surveyed, a mere 16% claim they have the proper funding to operate the new 988 suicide prevention number.

Hannah Wesolowski, chief advocacy officer for the National Alliance on Mental Illness, says it will take years for the proper call center capacity to be built. She also says it will take years for the additional crisis services, especially those children and teens need, to be built. Wesolowski did acknowledge that, “We are in a much better spot than we were when this law passed in October 2020 than where we were six months ago,” she said via K-12Dive. “Every day, we’re getting a little bit closer to having a better system that more comprehensively serves the needs of everyone in crisis.”

But Wesolowski warns that there is an immediate need for mental health crisis care for children and just not enough people currently trained to help them. To highlight that point, the 24/7 non-profit mental health texting service, Crisis Text Line, reported that 13% of their texters were sadly 13 years old or younger. Another 31% of them were 14 to 17 years old. Those are scary numbers of young people who truly need help with suicide prevention.

According to the study, though, a solid connection to the school community helped with suicide prevention. A solid community was the main factor in numbers dropping to half of the students who were considering suicide. Still, that isn’t enough and more needs to be done for these kids.

What it boils down to, says Loretta Whitson, executive director of the California Association of School Counselors, is proper training for those who will be dealing with troubled children and teenagers. Without this proper training, Whitson feels that problem indicators could be missed. Conversely, if these people working on suicide prevention aren’t properly trained, they could also over-identify a problem, adding to the issues kids may face.

The 988-suicide prevention number still has a lot of work ahead of it. More professionals need to be trained and time is not on their side. Hopefully, a solution to this issue presents itself soon. 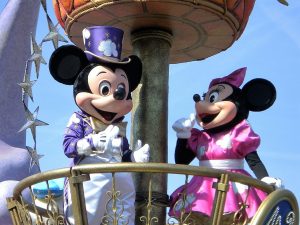 Disney Is Raising Its Prices, But Not For The Reason You Think

Disney is hiking its prices. While that in itself is not surprising, what is surprising is the justification behind why they are doing so.

The post Disney Is Raising Its Prices, But Not For The Reason You Think appeared first on Tell Me Best. 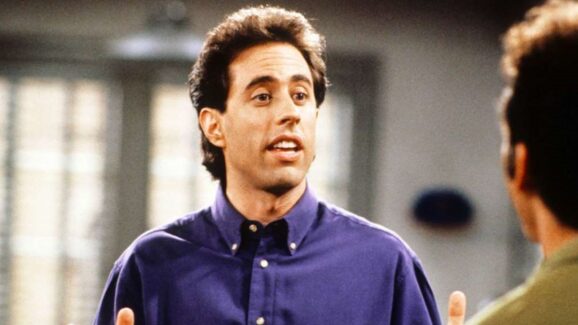 Jerry Seinfeld made one of the most important sitcoms in television history, and he apparently took credit for another hit sitcom being massively popular.