Don’t Say Gay Bill – Is This The Right Name For The New Law?

Let's take a look at what some people are calling the Don't Say Gay Bill which was passed in Florida. Is this the right name for the law?

Officially it is called the Parental Rights in Education Act. Very few, though, actually call it by its official name. Instead, it has picked up the moniker, Don’t Say Gay Bill, and it is a name that has stuck. Florida Governor Ron DeSantis has pointed out on many occasions that the bill he signed into law in late March doesn’t even include the word “gay” in it but that hasn’t helped his opponents from dropping the name. So, what exactly is Florida’s Parental Rights in Education Act, should it be called the Don’t Say Gay Bill, and is it under fire?

DON’T SAY GAY AND IT DOESN’T

So, what exactly was the impetus for HB 1557, aka the Parental Rights in Education Act, aka the Don’t Say Gay Bill? Well, first off, DeSantis wanted to give power back to parents. He felt that parents needed more transparency when it came to what their children were learning in public schools. As the bill states, it is an attempt to “reinforce the fundamental right of parents to make decisions regarding the upbringing and control of their children.”

The new Florida law, now that DeSantis has signed it into action, will prohibit schools from hiding from parents’ issues concerning their children and preventing parents from making “critical decisions affecting a student’s mental, emotional, or physical health or well-being.” So far, so good, right? He is looking out for parents’ best interests. But the Parental Rights Bill goes even farther, and this is where the massive debate begins.

A key part of the bill will now prohibit “classroom instruction by school personnel or third parties on sexual orientation or gender identity” in kids aged kindergarten through third grade. Also according to the bill, the teaching of those topics in higher grades may also be prohibited if they are “in a manner that is not age-appropriate or developmentally appropriate.”

The Don’t Say Gay Bill is seven pages long and will begin to take effect in Florida on July 1, 2022. There is more to the bill that schools will have to adhere to such as a June 30, 2023 deadline for the state to update their standards that will help define what “age-appropriate” teaching will look like. Schools will be required to notify parents if any health care service is being offered to their children while also giving parents the opportunity to opt out.

Schools will be required to get parent permission before giving any “well-being questionnaire or health screening” to a child in grades kindergarten through third grade. This bill will also allow parents to sue the school district if they believe their children’s school has violated the new law. If they decide not to opt for court, they can instead request the Commissioner of Education to appoint a “special magistrate” so they can better look into the complaint.

AGAIN, IT DOESN’T REFER TO DON’T SAY GAY IN THE BILL

To the bill’s opponents, the bill has been specifically written to the detriment of the LGBTQIA2S+ community. Because of certain language in the bill, opponents took this as a complete ban on speaking about LGBTQ topics in classrooms. Though that wasn’t the case, the bill’s sponsors, Sen. Dennis Baxley, R-Ocala, and Rep. Joe Harding, R-Williston, went back and amended the bill to clarify that the bill is only restricting teaching lessons on those subjects. Conversations between students and teachers concerning a student with two fathers or two mothers are still allowed under the bill.

This did nothing to ease concerns. For one reason, the broad interpretation that can be had with language in the Don’t Say Gay Bill, which still is completely undefined, could have a major effect on how teachers teach and what they can and cannot say. A second reason for ongoing concern is that educators are extremely worried that the bill will affect policies that are currently allowing school districts from outing LGBTQ youths to their parents if they don’t wish to be. The bill has one first-grade teacher, Paula Stephens, unsure of what she can say. “It makes me wonder,” she said told NPR. “When I talk about families in my classroom, am I going to be violating this law because the children were having discussions about what their family looks like?”

Governor DeSantis is not only getting heat from the LGBTQ community, but he is taking political fire from the White House as well. Upon the introduction of the bill through DeSantis’ signing, the White House has steadfastly railed against the Don’t Say Gay Bill. At a Democratic National Committee fundraiser in April, President Joe Biden spoke against it. “This is not your father’s Republican Party,” Biden said via Yahoo! News. “This is a different deal, not a joke. And it’s not just Trump, it’s the MAGA crowd. It’s all about things that have nothing to do with traditional conservative doctrine.”

Secretary of Transportation Pete Buttigieg, the first openly gay cabinet member, says the law is dangerous. But it was his husband, Chasten, who took Buttigieg’s words even further. He took to his Twitter account to speak right to DeSantis by saying, “This will kill kids, @RonDeSantisFL. You are purposefully making your state a harder place for LGBTQ kids to survive in. In a national survey (@TrevorProject), 42% of LGBTQ youth seriously considered attempting suicide last year. Now they can’t talk to their teachers?”

Governor DeSantis knew he was going to take a bunch of flack for signing his bill, though he may not have thought the Mouse House would be prepared to go as far as they have. Obviously, he was prepared. 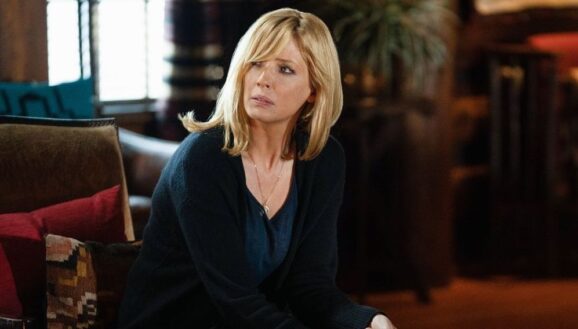 When the Don’t Say Gay Bill was first signed, Disney was quiet. Disney CEO Bob Chapek took massive heat from shareholders as well as Disney employees. In fact, Disney employees staged a walkout because of how silent Chapek was concerning the new bill. When Chapek finally spoke, it wasn’t enough. He claimed that he was always against the bill but didn’t come forward because he preferred to work behind the scenes in hopes that he could convince the lawmakers not to move the bill forward.

But the bill did move forward and Chapek found himself caught between a rock and a hard place. So, in an effort to change course and get behind his LGBTQ employees, Chapek finally made a lengthy response. It read, in part, as follows, via Deadline:

While we have been strong supporters of the community for decades, I know that many are upset that we did not speak out against the bill. We were opposed to the bill from the outset, but we chose not to take a public position on it because we felt we could be more effective working behind the scenes, engaging directly with lawmakers on both sides of the aisle. And we were hoping that our longstanding relationships with those lawmakers would enable us to achieve a better outcome. But, despite weeks of effort, we were ultimately unsuccessful.

I called Governor DeSantis this morning to express our disappointment and concern that if the legislation becomes law it could be used to target [LGBTQ+} kids and families. The governor heard our concerns. He agreed to meet with me and LGBTQ+ members of our senior team in Florida to discuss ways to address that.

Certainly, the outcome in Florida was not what many of us were hoping for – especially our LGBTQ+ employees. And unfortunately, legislation targeting their communities is being considered in many other states, which means this fight will go on. So today, we are signing the human rights campaign statement opposing such legislative efforts around the country and pledging $5 million towards organizations including the HRC working to protect LGBTQ rights.

As I wrote to our employees earlier this week, we are committed to supporting community organizations like these so they are equipped to take on these fights. Meanwhile, we are also reassessing our approach to advocacy, including political giving in Florida and beyond.

I understand our original approach, no matter how well-intentioned, didn’t quite get the job done. But we are committed to supporting the community going forward.

Unfortunately, Chapek’s late response to the Don’t Say Gay Bill only made things worse for the Mouse House. Disney supporters began to speak out against Chapek’s timing and his remarks quickly drew the ire of Governor DeSantis, who said he had warned Disney to stay out of the Don’t Say Gay Bill dispute. During an interview with Dave Rubin on The Rubin Report, DeSantis told him, “I thought it was a mistake for Disney to get involved and I told them, ‘You shouldn’t get involved it’s not going to work out well for you,'” and true to his word, it hasn’t worked out well for Disney.

Governor DeSantis didn’t appreciate Disney’s approach and in turn, has decided to revoke Disney’s special privileges they’ve enjoyed in the state including taking away the power the company had when they first built the Magic Kingdom. The dissolution of Reedy Creek was shocking to all concerned but Governor DeSantis is not backing down from his threats and continues to follow through on all his promises.

THERE ARE SIMILAR BILLS ON THEIR WAY

There are a number of states who have looked at what Florida and Governor DeSantis have accomplished and are now following suit. At the moment, there are twelve states who are proposing their own version of the Don’t Say Gay Bill, allowing for parents to have more say-so over their child’s education.

These states include Alabama, Arizona, Georgia, Iowa, Louisiana, South Carolina, Missouri, Indiana, Kentucky, Oklahoma, Tennessee, and Ohio. These bills range from prohibiting classroom instruction on sexual and gender identity to removing books from public school libraries that focus on “the study of sex, sexual lifestyles, or sexual activity.” The bill introduced to the Tennessee Senate calls for the banning of books or instructional materials “that promote, normalize, support, or address lesbian, gay, bi-sexual, or transgender issues or lifestyle.”

These proposed bills, such as the Don’t Say Gay Bill, are becoming more and more commonplace and they are getting a whole lot of traction. Where do you stand on this matter? Do we need laws to protect our young ones from this type of discussion in classrooms or do you feel these discussions are necessary? Drop us a line and let us know what you think.