What Parents Need To Know About The Dangerous Nyquil Chicken Challenge

The toxic fumes from the Nyquil chicken TikTok challenges are enough to kill those who choose to try out this dangerous trend.

Social media can be dangerous for many reasons. As TikTok quickly grows to be adolescents’ favorite app of choice, so does the number of alarming challenges and trends that surface on the international short-form video tech. Today, multiple health agencies are warning parents of the dangerous Nyquil chicken challenge trending on the app, which shows people how to cook poultry with the over-the-counter medication.

A quick search of “Nyquil chicken” on the app that more than 1 billion people use globally finds numerous videos of people cooking chicken breasts on the stovetop, doused in the bright green sleep-inducing medication. Instructional videos tell users that it causes them to feel drunk. Although it should go without saying just how dangerous boiling the medication can be, the FDA is now warning the public about the extensive dangers this challenge can create.

Consuming this flu medicine other than as instructed on the label can be dangerous in and of itself. However, boiling medication as seen in the Nyquil chicken challenge can cause it to become more concentrated, and change the drug’s properties. To make the matter worse, they warned that simply inhaling the fumes while cooking it this way is enough to cause extensive lung damage.

Teenagers are often gullible and indifferent to potential dangers, especially when it comes to drug use. This information is even more alarming, as unsuspecting teens may try to copycat the recipe without intentions to actually ingest it, but end up damaged from the vapors while cooking Nyquil chicken. The FDA reported that several instances have landed youth in the emergency room, where some have died.

Other than naming the Nyquil chicken challenge, the FDA warned about similar dangerous ones that have popped up on TikTok. One first surfaced in 2020 and was coined the Benadryl challenge. Users were urging others to take large doses of the medication, saying that it could cause hallucinations.

Johnson & Johnson, the manufacturer of Benadryl posted a warning about the dangers of the challenge similar to the Nyquil chicken one. At least one teenager reportedly died after attempting the TikTok dare. The app has since removed and blocked similar video clips.

Officially, the Nyquil chicken challenge is found on TikTok under #sleepychicken. As of today, the company has slapped a safety message warning users about the dangers of attempting online challenges. However, footage of people cooking the two together can still easily be searched on the app.

Many users are criticizing the massive media warnings against Nyquil chicken, saying that it was simply a joke. But given the fact that the FDA asserts the challenge has caused deaths, others fear that not everyone is able to comprehend how dangerous cooking the concoction truly is. Some users have taken to the social media app to ridicule anyone who would consider following the challenge.

One TikTok user responded to the Nyquil chicken challenge, alleging that the FDA shouldn’t have to warn of the dangers of the Nyquilc chicken challenge. “Let them do it,” she said as she dredged up natural selection. “We’re probably better off without you,” she added.

Challenges are one of the top enticers bringing more users to TikTok. Those like the #teenagedirtbag and Jimmy Fallon’s viral #tumbleweed one get plenty of attention. But unfortunately, dangerous ones like the Nyquil chicken challenge do as well, and it startling health officials at alarming rates. 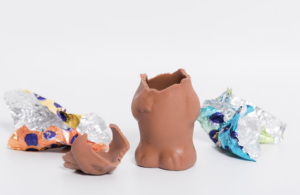 The Star Trek Movies: What’s The Best Order To Watch Them In

The post The Star Trek Movies: What’s The Best Order To Watch Them In appeared first on GIANT FREAKIN ROBOT.

Florida May Run Out Of Teachers By End Of Year
Florida Is Giving Teachers A $800 Billion Raise, Starting With Older Teachers
Michigan Looks To Ban Cell Phones In Schools
How Learning Pods Are Being Used To Create Equity