One Portland school is ready to make a difference in the city and for a city that The Atlantic once called the “whitest city” in the United States. The difference about to be made could be considered epic or terrible, depending on your personal leanings.

By Dewey Finn | Published 12 months ago

One Portland school is ready to make a difference in the city and for a city that The Atlantic once called the “whitest city” in the United States. The difference about to be made could be considered epic or terrible, depending on your personal leanings. In an effort to give BIPOC (Black, Indigenous, people of color) children a space where they see more of themselves in education than what public schools may be offering presently, a charter school specifically for BIPOC students appears to be the answer. The goal for Portland’s new charter school is to allow BIPOC kids to be seen and heard and have their life experiences shown through the school’s curriculum.

The actual idea behind the HOLLA Public Charter School came back in 2013 when founder and executive director, Eric Knox, first started HOLLA. He said that right from the start, his intentions were to always have a Portland school for BIPOC students. HOLLA is a non-profit organization in Portland that pairs up youths of color with mentors of color.

Knox says he sees similarities between the HOLLA program and Portland schools. He claims there are too many BIPOC kids and not enough answers. “Every spring we match our kids or mentees with mentors […] and we have more kids wanting to get mentorship than we have mentors,” Knox said.

As for the Portland school, the idea was ripe but the means to make it happen were still years into the future. But then COVID hit and schools began to shutter. Remote learning took over and it was then Knox understood just how bad things were for BIPOC students.

“It [COVID pandemic] only exacerbated the inequities academically, you know, in terms of our kids and what they had access to,” he said. This ramped up efforts to get started on the plan he had years prior. To Knox, he was tired of sitting back and watching the system fail the children. He no longer wanted to let the pandemic dictate things. That is when he decided that enough was enough and watching “our babies” suffer academically was going to end. He decided to go for making the Portland school a go.

The HOLLA Public Charter School is expected to see a fall 2022 opening. Knox and his Portland school teamed up with the Reynolds School District to make it happen. According to Knox, “We know Black and Brown and Indigenous kids will learn equally as well if they have a space that they see themselves in their history, their culture, and all of that is honored.”

Knox admitted that HOLLA will employ many concepts from hip-hop. While it may be hard for some to understand the “hip hop” theory of teaching, Knox did his best to explain. “[Like] what does it mean to keep it real? […] What does it mean the grind? How to handle your haters,” Knox said.

The HOLLA leader thinks to outsiders, the curriculum may appear unique, which it is. But he also says that while unique, the Portland school ties will still be to math and literacy. But the idea is to teach those things in a much different way. “Hip-hop is what our kids understand,” Knox concluded.

To start, the new Portland school will begin with around 70 students ranging from kindergarten to second grade. After that, the charter will begin to serve students in high-grade levels, but first, they want to have a firm grasp on where they are going with the school. 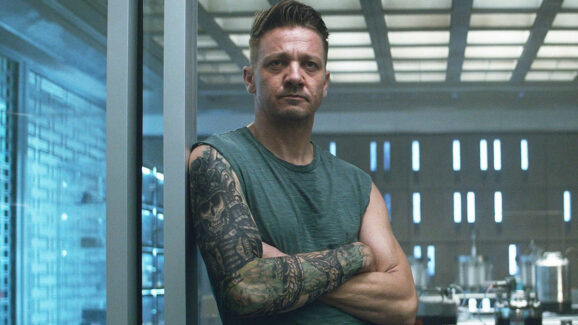 Jeremy Renner Has An Update About His New Disney+ Show

Jeremy Renner's vehicle customization show, Rennervations, is being delayed until the star is further along his recovery from his New Year's Day snowplow accident.

The post Jeremy Renner Has An Update About His New Disney+ Show appeared first on GIANT FREAKIN ROBOT.

There is, however, strong opposition to the school due to its strong focus on race. Some have even accused it of violating federal discrimination laws. One of those laws reads in part, “Educational ‘programs and facilities’ that receive any form of federal financial assistance from the federal government are prohibited from discriminating on the basis of a protected characteristic with regard to any of the services or benefits they offer. Programs and facilities to which the federal civil rights laws are applicable include secondary schools, colleges, universities, vocational schools, libraries, museums, and activities that receive funds from the Department of Education. Protected characteristics under federal education law include race, gender, age, national origin, and disability.”

Others have pointed to Portland’s very non-diverse population and wondered why the city is catering to a very small group in the city, while ignoring the larger number of kids at a time when all children are struggling academically and emotionally. According to the most recent US census, Portland’s ethnic makeup is 77% white, 5% black, 9% latino, and 8% asian. That’s not unusual for cities in far Pacific Northwest of the United States, to which historically there has been little migration from the South.

With a lot of outside interest already in his endeavors with the Portland school, Knox is hoping HOLLA can be a model school for other school districts within the state. Who knows, if things go the way Knox plans, interest may jump outside the state as well.

Denver Schools Poised To Close As Enrollment Declines
Conspiracy Theorist Ordered To Pay Family Of Sandy Hook Victim For Spreading Hoax
School Dean Charged With Having Sex With Student, Posing As Her Father To Consent To Abortions
University Failed To Protect Student Murdered By Her Ex-Boyfriend