West Georgia Professor Charged With Murder Of A Student

The number of crimes perpetrated by people in authority is concerning to many Americans. In the world of education, school administrators and educators are often caught up in sex crimes, extensive money embezzling schemes, and even homicide cases. The latter is one of the most recent cases leaving the small community of Carrollton, Georgia reeling, as a college professor, Richard Sigman, was charged with the bizarre, tragic death of a student.

Richard Sigman taught at the University of West Georgia. 18-year-old Anna Jones was an incoming freshman at the school ready to start her college journey. The two were not known to be connected in any way whatsoever, yet the professor allegedly took the life of this young aspiring student on Saturday, July 30th after Sigman had a separate drunken altercation with led to him shooting off a gun into a car Jones was sitting inside of.

According to reports from CNN, an intoxicated Richard Sigman was inside of a popular Italian restaurant called Leopoldo’s at Adamson Square in the city of Carrollton on Friday night. The 47-year-old professor allegedly got into a heated verbal dispute with another man inside of the restaurant. According to police reports, the unknown man whom Sigman argued with told security that the professor had threatened to shoot him. After security confirmed noticing a weapon on Sigman, they kicked him out of the restaurant.

Once outside, Richard Sigman walked to a nearby parking deck. There, he began firing shots into a parked car. The young 18-year-old student was inside the car and struck by the bullets. Friends that were with her immediately drove her to a nearby hospital, where she was soon pronounced dead.

Richard Sigman was taken into custody by authorities. He is charged with malice murder, aggravated assault, and possession of a gun in the commission of a felony. A judge denied him bond. The University of West Georgia at which he taught immediately fired him, and issued statements of condolences to Jones and her family. Dr. Brendan Kelly, the president of the school made the community aware of what had happened.

As for now, it appears that the young student and the college professor had absolutely no ties. Furthermore, the 18-year-old was not to be enrolled in any of the classes Richard Sigman was set to teach this fall. Anna Jones hadn’t even gotten the chance to begin her college journey, of which family members say she was aspiring to be a teacher. Classes were scheduled to start in just eight days.

As the community attempts to grapple with the heinous situation, many are wondering how people like Richard Sigman end up in places of authority in the first place. If anything, it depicts a need for continuous, thorough evaluations that may be needed across all education levels. To those who knew Anna Jones, the tragic death is a punch in the gut, taking away someone they described as a “beautiful, sweet soul.” For those wishing to help the family after the loss, a Go Fund Me page has been set up to help the family pay for the funeral costs.

New Doc Promises To Expose A Hidden Agenda In America's Schools, See The Trailer
New Mississippi Bill To Protect Students From Stereotyping And Abuse
Los Angeles Banning Homeless From Being Near Schools
School Mask Mandates Are Being Lifted In New Jersey 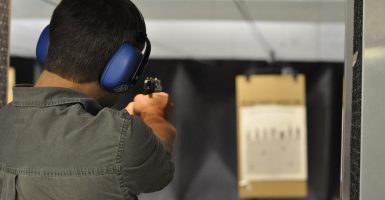 Why #BoycottDisney Is Trending Among Parents
50% Of Students Are No Longer Attending Schools In Many Districts
School Choice: These Are The States Making It Happen
Indiana's Alternative To Summer School Is Proving Succesful