Many schools, not only in Washington but other states, are not only teaching the birds and the bees, but are also redefining what sex and gender mean. Sex is being looked at as referring to a biological category or anatomy. Gender is now being described as a person’s thinking or feeling about who they are. To be more direct, it is how a person, in this case, elementary school children, wishes to identify.

The teaching of gender identity in public schools is becoming a hot-button topic much like the addition of critical race theory into classrooms. Many parents have been blindsided upon learning that their young child is being introduced to the Genderbread Person or the Gender Unicorn. Historically, the teaching of sex and gender, two terms used interchangeably, was centered around high school students. Then it was thought best to start introducing these teachings to middle schoolers. Now, the prevailing thought among educators is that elementary school children should also be taught about the birds and the bees. The state of Washington is all in.

Many schools, not only in Washington but other states, are not only teaching the birds and the bees, but are also redefining what sex and gender mean. Sex is being looked at as referring to a biological category or anatomy. Gender is now being described as a person’s thinking or feeling about who they are. To be more direct, it is how a person, in this case, elementary school children, wishes to identify.

Biology aside, there are a number of schools out there that embrace, and in many cases actively promote, the cultural redefinition of gender. They want students to question gender and then self-select based on how they feel. Washington state is one that embraces these gender choices.

In the Washington 4th-6th sex education program, lesson #4 of their plan is titled Gender Roles. It is a nine-page plan whose stated “objectives” include listing similarities and differences between gender expectations, recognizing how a person’s beliefs about roles can influence decision making, and understanding the sources of gender role beliefs.

As you can see from the above screenshot, they also have an agenda as it pertains to learning about gender roles. The main purpose here, according to the Washington lesson plan about gender roles, is to teach children that gender should not play a part in how they see themselves. It should also not limit them to where they want to go in life.

The Washington lesson plan then moves into specific activities. The first one asks students to define what gender roles mean to them. Then, students are asked to brainstorm gender-specific roles and related behaviors they see in America today.

Another lesson that is taught to 4th graders in this Washington sex education plan is that gender roles are learned, and these learned roles can be very limiting. The lesson plan sites examples of learned roles and how they can ultimately hold back a person, regardless of gender, from becoming who they want to be. They give more examples.

Other activities included in the Washington Gender Roles lesson plan are students researching male or female historical figures in the school’s library. Children are expected to identify one male and one female figure and tell their story. These historical figures would be in one of the specifically listed professions. The kids are then to summarize their lesson by discussing the library experience as a class.

Along with the activities, the students have two worksheets they are expected to complete. The first one is homework that is to be completed by a parent. In it, the student uses a stopwatch to time their parent as the parent fills out the worksheet (seen below). 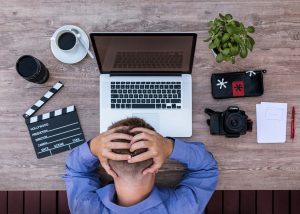 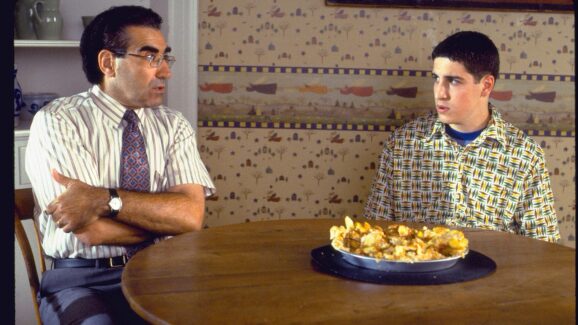 American Pie Is Getting A Reboot Movie

A new American Pie reboot movie is on the way from writer Sujata Day.

The post American Pie Is Getting A Reboot Movie appeared first on GIANT FREAKIN ROBOT.

Is Washington on to something with this lesson plan? Does gender identity play any part in what the state says they are trying to accomplish? More importantly, is it the state’s job to teach children about gender identity and gender roles? Parents seem to be on one side, with teachers on the other. In Washington, the teachers have won and are moving forward with their plans.

Biden Declares Today International Social And Emotional Learning Day
Autistic-Diagnosed Senior Once Told He Would Never Be Anything Graduates Top Of Class
What Parents Should Know About Yubo, The Social Media App The Texas Shooter Used
16 Teachers Added To National Memorial To Fallen Educators This Year