Review: Whose Children Are They?

The question is asked early and often, setting the table neatly for what will transpire over the next two hours. Whose Children Are They? is an eye-opening documentary with one goal in mind. To open eyes even further as to what is taking place in public schools across the nation. In this quest to shine a huge spotlight on the direction of our school system, the makers of this documentary take us on a journey from how the school system was initially set up to the realities we are facing today. In the process, viewers will see and hear heart-wrenching and sometimes brutal stories from families and children who have been directly affected by those who claim they stand for children.

The documentary is spearheaded by Deborah Flora who is the President and Founder of Parents United America. She is seen often throughout the film, moving things along. She is joined by Rebecca Friedrichs, Founder of For Kids and Country. The documentary is directed by Flora’s husband, Jonathan, whose background includes a long stint with the Walt Disney Company and the award-winning feature-length documentary, Lt. Dan Band: For the Common Good.

The trio set up their narrative quickly by laying out battle lines that were drawn a long time ago. “At the heart of it,” explains Flora, “what we are seeing is the clash of two world views. Cultural Marxism and the Western Civilization view based on the Judeo-Christian values.” Flora and others then talk about the biggest difference between these views are how children are viewed. Those representing the Marxist side see children as properties of the state, those they can mold because it is the state’s right to teach children about everything, not just reading, writing, and arithmetic, but also allegiance, values, and belief systems.

Whose Children Are They? is presented in blocks, smoothly transitioning from one important topic to the next. Flora expertly navigates the Marxism/Communist versus the Western Civilization discussion by “connecting the dots.” The history behind how Communism has affected our teaching is told by a few, some of whom have come from Communist territories such as China and Cuba. Friedrichs ends this segment by listing off a few of the “Communist goals that were actually read into our congressional record in 1963.”

The story shifts next by taking aim at who is actually making the rules – teachers’ unions. As Friedrichs says, “If you want to understand the priorities of the union, follow the power and the money. Union leaders live a limousine lifestyle.” According to the U.S. Bureau of Labor Statistics, the average teacher salary in 2021 was $60,246.67. It is then pointed out by Corey DeAngelis, National Director of Research for the American Federation for Children, who does a great job explaining the numbers, that American Federation of Teachers boss Randi Weingarten brings home over $560,000 a year.

It is called “Follow the money” and that is exactly what they do. The relationship between teachers’ unions and politics is highlighted. Teachers’ unions have gone on from representing teachers to becoming one of the biggest voices in politics, with teachers’ union dues heavily funding politicians. “A real turning point for me,” says Friedrichs, “was at a teacher union conference. One brave teacher stood up and asked a question. She asked the question that all of us wanted to ask. ‘Why are you spending our money on politics? We don’t want our money spent on politics. We’d like to have a voice.’” Friedrichs then goes on to explain just how that teacher was brutally shut down and dismissed and this is what has happened to teachers across the country. The voice they felt they should have had was not allowed.

In the 1970 film, Tora! Tora! Tora!, Japanese Marshal Admiral Isoroku Yamamoto said, “I fear all we have done is to awaken a sleeping giant…” The documentary then turns its keen eye toward parents and the good that has come from the COVID pandemic. Yes, good. A silver lining, perhaps. Yes, the pandemic has done countless harm to the children, the harm that may take years to get past, if ever, but what did come from it was a major eye-opening for parents and what has gone on in their children’s classrooms.

As children were stuck at home with in-home learning, parents got to see firsthand what they were learning. They saw and heard things that were shocking. They began to question teachers, principals, and school boards. They wanted a bigger voice. They wanted school choice. They asked for transparency. Whose Children Are They? presents this ongoing fight and sometimes in a shocking fashion.

The documentary earns its “R” rating from some of the shockingly explicit content parents have uncovered which some of the brave teachers confirm. In one hard-to-watch scene, a teacher goes on to explain what she has been told to teach in her classroom pertaining to sex. She explains that in one book, which kids have access to online, “it talks about deeper manual sex. What is it? How do you do it? And that’s actually fisting. How you insert your fist into somebody’s anus.” The teacher is visibly uncomfortable and shaken. Unfortunately, things are about to get even more uncomfortable for her.

She explains that because kids will be uncomfortable with these discussions, teachers are trained to make the exercises fun. In that, they try to “make it a fun activity by yelling out the different slang words they have heard used to refer to the male and female body parts.” She then lists 26 slang terms for the male genitalia and 20 for females. To make matters worse, she notes before listing these slang terms, is that this instruction is for 10-year-olds.

As you can imagine, what drives the whole narrative of Whose Children Are They? are the stories. They are presented not only from a professional viewpoint but from a number of children and parents who share their experiences. Some talk about the critical race theory that is being pushed in public schools. Some talk about the isolation and depression they felt when schools shut down. One young female talked about how her depression led to her cutting herself. There were parents and fellow students who talked about the school shooting they were involved in. It is all heartbreaking. 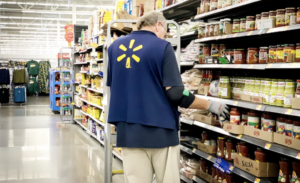 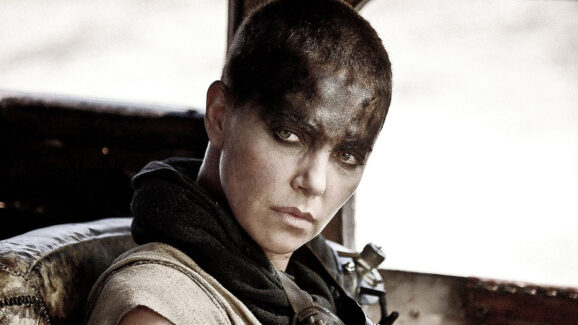 Make no mistake about it, though. One of the main goals of this documentary is to highlight the terrible power of the teachers’ unions. The producers make no bones about it and make that point perfectly clear. In fact, at the end of the documentary, there is a 10–15-minute conversation led by Charlie Kirk, Founder and Executive Director of Turning Point USA, with both Flora’s and Friedrichs. There they discuss the why’s of the documentary which includes ways of helping teachers say no to unions.

When you sit down to watch Whose Children Are They? make sure you’re in it for the long haul. The documentary has a two-hour running time which does not include the 15-minute discussion. The film enjoyed a one-night Fathom Event release in movie theaters but now can be seen (for a fee) on the Salem Now website. At some point in the near future, the film’s producers hope to bring it to a streaming site.

Whose Children Are They? ultimately is about hope. Yes, it shows that the damage being done to our children in the name of power and money is unconscionable. That the agendas being pushed onto our children are mindboggling. But it also shows that there are people out there who are fighting for our children. It shows that although the voices were low, to begin with, they are getting much louder. The bear has been poked and its eyes are now wide open.