Michigan legislators are looking for curriculum transparency and if House Bill 5722 is passed, that is exactly what they will be getting. The transparency they are seeking would require all Michigan public schools to list all curriculum, literature, books, writing assignments, and even planned class field trips before the school year begins. HB 5722 was introduced by the Republican members of the Michigan House of Representatives.

Michigan legislators are looking for curriculum transparency and if House Bill 5722 is passed, that is exactly what they will be getting. The transparency they are seeking would require all Michigan public schools to list all curriculum, literature, books, writing assignments, and even planned class field trips before the school year begins. HB 5722 was introduced by the Republican members of the Michigan House of Representatives.

Michigan’s HB 5722 shares similarities with other public school curriculum transparency bills introduced in other states across the nation. These bills came to be as many parents and politicians have expressed their objection to what they consider critical race theory being taught in public schools. Critical race theory is an academic framework that circles around slavery and its lingering effects and racism’s ingrained culture. Teachers claim critical race theory teachings are college-level material that is not taught in Michigan public schools, but there are many parents and legislators who beg to differ and they may have evidence to back them up.

Concerns surrounding critical race theory in public schools have increased over the past few months and have started to include objections to discussing race through an equity lens and diversity in classrooms. School districts across the nation, as well as entire states, have started numerous campaigns to remove any book from classrooms or library shelves in which parents feel critical race theory is present. Curriculum transparency, according to the new bill, would make this task much easier to accomplish.

The bill itself is sponsored by 11 GOP House members, but when it was introduced, a number of school leaders felt the need for the bill was unnecessary. Their claim is that curriculum transparency already happens. School leaders say most of the information requested is already available to parents. It’s unclear then, why they’d stridently oppose a bill which does something they approve of and is already happening anyway.

Be that as it may, HB 5722 was short in its missive. Clocking in at less than 200 words, its directive was clear. It states that by the first day of school, the curriculum transparency will mandate and make public: (1) approved curriculum by the district for every school operated by the district; (2) every class offered to students; (3) all textbooks, research projects, literature, writing assignments, and field trips that become part of the school curriculum; and (4) a complete list of every certified teacher and individual authorized under state law to implement the curriculum. The penalty for not complying, according to HB 5722, would be school districts losing 5% of state funding. You can read it here.

Although certain Michigan school leaders have expressed their puzzlement towards the bill, it’s not clear just how much of the required information is already available to the public. Parents claim the schools aren’t being up front, schools claim parents already know what they think they need to. This Michigan bill follows other states where lawmakers have either introduced or already have enacted similar proposals. These states include Virginia, Kansas, Texas, Iowa, Ohio, Indiana, Utah, and Colorado.

This push for curriculum transparency by Michigan lawmakers is a continuing effort that saw lawmakers take up the fight last year. They introduced a bill that was set to ban schools from teaching that sexism and racism are inherent, and the bill passed the House. It eventually stalled in the Senate.

Pamela Hornberger, Chair of the Michigan House Education Committee and one of the 11 HB 5722 sponsors, says a number of parents have come to her detailing their struggle in trying to get information on the school curriculum, class assignments, and textbooks from their school districts. Some parents have even filed Freedom of Information Act requests so they can get this information from the districts, but they have been hit with enormous bills from schools for the copying and labor of these materials.

“Parents want more information, and a lot of districts are pushing back,” informed Hornberger via Chalkbeat. “I think there should be as much transparency as possible in education. It makes people comfortable (when they) get their questions answered.”

One opponent of the new bill, Robert McCann, the executive director of the school advocacy group K-12 Alliance of Michigan, feels it is unnecessary. “These are all policies and communications planned and agreed upon by administrators, elected school boards, and their communities,” McCann said. “It’s a process that’s worked well for generations in Michigan and I’m unclear why creating mandates at the state level would either be needed or helpful.”

In a way, Hornberger agrees with McCann. She admits that some teachers “go rogue” by going off script and teaching lessons that do not show up through curriculum transparency. These lessons are not seen in district-approved textbooks. “It’s not always easy to explain to parents that … some rogue class lesson they saw on Facebook isn’t curriculum,” Hornberger said. 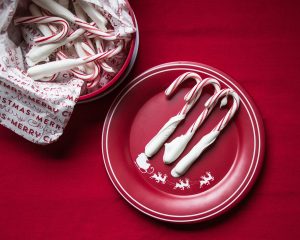 The Most Popular Holiday Candy In Every State

Christmas is upon us, which means it’s time to spread joy to our families and loved ones. The quickest, most effective way to do this is with candy. Interestingly, the popularity of various sweets and chocolates varies in different states. New York prefers tree-shaped Snickers, while New Jersey enjoys the Skittles Holiday Mix, which only …

END_OF_DOCUMENT_TOKEN_TO_BE_REPLACED

The post The Most Popular Holiday Candy In Every State appeared first on Tell Me Best. 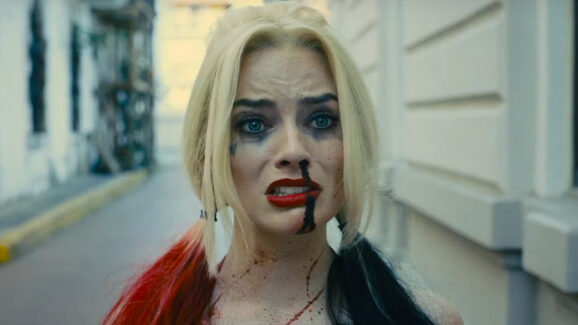 END_OF_DOCUMENT_TOKEN_TO_BE_REPLACED

This movement of curriculum transparency is not slowing down. Parents are wanting more and more control of what is being taught in public schools and they are beginning to get legislation to back them. In the end the battle seems to be over who should control kids: Their parents or the government? Parents seem firmly positioned on one side with teachers and school boards on the other.

You can read the Michigan school transparency bill in its entirety, below…