A recent poll shows that most parents in America want more school choice.

By Dewey Finn | Published 11 months ago

School choice has been on the minds of many parents across the United States, and they are not staying quiet about it. In countless schools, school board meetings, and all the way up to lawmakers, parents want the ability to choose what they feel is best for their children’s education. Their voices are finally being heard.

In a recent poll conducted by OnMessage, Inc., school choice is not only on the minds of parents but across all party lines, they are showing major support for it. If any good has come from the ongoing COVID pandemic, it is the fact that parents’ eyes have been opened to the horrors of our beleaguered public school system. Parents are simply tired of the lack of voice they get from school officials. Parents are more than fed up with the power that teachers’ unions wield. Parents want choice.

All political party lines, all demographics, they all are showing the backing of letting families escape failing school systems with school choice. Whether it be by a voucher program or a school bank account, parents feel that all children, not just those from the wealthy side of the tracks, should have the option to find what best fits. Pollsters were presented with four questions. The first one spoke about “parent power.” The answers were broken down first by total, then by party, and finally by race. The statement was: Parents should be in charge of decisions regarding their child’s education. It is not fair that only wealthy parents truly get to decide where their child goes to school.

Overall, support for this was 75% while 20% opposed this statement. When it came to political party support, 86% of Republicans agreed, while Democrats saw 65% in agreement. The numbers, when broken down by race, looked like this: Black – 83% agree, Hispanic – 77% agree, and White – 74% agree.

The third school choice question presented to pollsters covered Education Freedom Scholarships. A new bill, the Education Freedom Scholarships, and Opportunity Act (HR 1434) are before Congress and its passage would allow individuals and businesses to donate funds to non-profit scholarships. Parents would then be able to use these scholarships for their children to send them to the public, private, or trade school of choice. Do you generally support or oppose this proposed education scholarship program?

Overall support for this school choice bill dropped to 66%. Party lines also saw a dip with Republicans supporting this by 71%. Democrats only supported it with 64%. By race, 82% Black supported it, 69% Hispanic showed support, with only 64% White supporting the bill.

The final school choice statement covered the escape from failing schools. Parents should have the right to remove their children from a failing public school and enroll them in a school that is succeeding academically. This statement received the highest support.

In total, support for families being about to take their children out of a failing school hit 83% while only 13% opposed. Party lines saw a big boost for Republicans as 91% agreed. Democrats also saw their total numbers rise as 75% were in agreement. Race numbers also saw a big jump as 87% Black agreed, 85% Hispanic, and 83% White also felt they should be able to remove their kids from poor public schools with school choice legislation.

School choice is that freight train that doesn’t have any brakes. Parents want it. They feel they should have the final say-so as to what direction their child’s education should take them. Parents are finally being heard. You can see the entire poll numbers here. 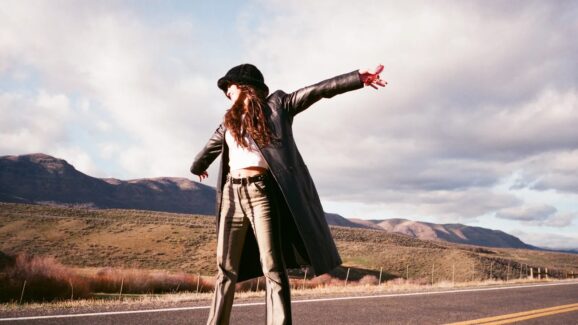 Olivia Rodrigo was a stunning presenter at the Grammys this year.

The post See Olivia Rodrigo In A Sheer Black Dress Over A Bra And Panties appeared first on GIANT FREAKIN ROBOT.