Hate crimes are a growing concern around the United States, and the issue is only getting worse. Data from the department of justice depicts how many hate crimes happen every year. From 2019 to 2021, the documented violent acts grew by close to 1,000 cases. Similarly, the issue perpetually continues to grow on campuses across America as well. Earlier this week, a noose was reported to be found hanging from a tree at Stanford University, making it the third occurrence in three years at the school.

According to reports from NPR, Stanford University officials are investigating the alleged hate crime involving a noose found hanging from a tree outside of the undergraduate residence hall of Branner. The noose was said to have been found sometime during the evening of Sunday, May 8th. The college’s Department of Public Safety was promptly notified, and the rope was quickly removed from the tree and kept for evidence.

In a news release, Susie Brubaker-Cole, and Patrick Dunkley, the school’s Vice Provosts denounced the act as a hate crime, calling it a “reprehensible symbol” of anti-Blackness. Condoning the act, the Stanford University officials said that acts like this would not be tolerated. Additionally, the school is insisting that anyone with any possible information come forward with that, as it seems officials have no leads as to who the perpetrator may have been.

According to Stanford University’s statement on the matter, the rope used in the alleged hate crime had been hanging from the tree for quite some time. The reports say that several ropes remained tied to the tree from a performance put on by a student organization a few years back. Why those ropes were left hanging for so long, and similarly what the performance exactly was, remains unknown.

The noose hanging from the Stanford University tree earlier this week marks the third occurrence of hanging nooses found on campus grounds. In July of 2019, CNN reported that a visiting student discovered a white rope tied into a noose suspended from a tall bush. It was found outside of a residential house for summer students. At the time, the school was criticized by many for its delay in recognizing the act as a hate crime.

Many media outlets are claiming this is the third incidence of a hate crime at Stanford University. However, it is important to note that one of the reports from earlier this school year was already determined to be false. This past November, the school announced that a student reported finding two long cords they believed might represent nooses in a tree near a campus walking trail. However, the school closed out the hate crime case after it was found to have been part of an old rope swing. The case was closed out and never reported as a hate crime.

Since the recent incident at Stanford University is still under investigation, it has not been ruled out that this might be a bogus incident, albeit all signs point to it being one. According to laws governing hate crimes in the state of California, a hanging noose hate crime is a punishable offense. If officials are able to find a perpetrator, the guilty party could face up to a $5,000 fine and/or up to a year of jail time. 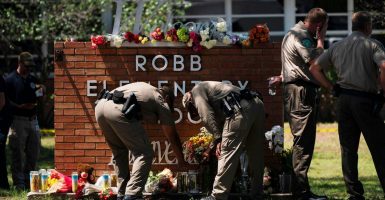